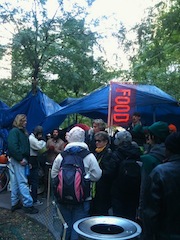 WASHINGTON — There have been many wrong-headed explanations for the financial meltdown that fueled the Great Recession, but none is more ridiculous than this: The banks were brought down by greedy working-class homebuyers aided by the heavy hand of the federal government. In other words,
a financial crisis that has swept through the Western world was caused by secretaries and bus drivers who bought four-bedroom houses they couldn’t afford.
As that through-the-looking-glass theory goes, banks were forced to lend money to people with bad credit because of a law passed during the administration of Jimmy Carter. Or maybe it was Fannie Mae that put banks at the mercy of worthless borrowers. Just ask any of the Republican presidential candidates, all of whom cling to some version of that nutty narrative.
It’s nonsense. Not a single mainstream economist has advanced the blame-it-on-the-working-poor theory.
The culprits were Wall Street Masters of the Universe who created toxic financial instruments that they didn’t understand and sold them around the world. They were able to get away with it because there was too little government regulation.
Jack the Janitor may have inflated his income to take out a mortgage he couldn’t afford, but nobody forced banks to give him the loan. The bankers participated eagerly in that scheme because they were making so much money when they handed off those bad loans to others. Even Alan Greenspan, Ayn Rand acolyte, was forced to admit that he had made a “mistake” in believing that financiers would restrain themselves from such reckless behavior.
Still, the blame-the-buyers theory gained currency as conservatives disseminated it through their propaganda outlets. That’s why I am so excited by the Occupy Wall Street movement, which has turned up the heat where it belongs: on the fat-cat financial miscreants who made millions (if not billions) by bringing the economy to the brink of collapse.
For the last year or so, big-time bankers have ducked and dodged responsibility, furious with President Obama for pushing tepid regulations that might stop them from repeating their misconduct. And the president, unfortunately, backed off, worried that he might appear radical for supporting proposals that were law for a half century after the Great Depression.
To paraphrase a great man, the truth, pressed to earth, has begun to rise again. Spurred by — of all things — a Canadian leftist magazine, an array of protestors started gathering last month in a park in New York City, in the financial district, to draw attention to the predations of the current crop of Robber Barons. The demonstrations have spread to other cities around the country as students, the unemployed and the underemployed join hippies, new agers and committed leftists to call attention to a lopsided economy that leaves nothing but crumbs for the masses.
The protestors are too diverse a group to easily categorize, but many are young adults who are jobless or struggling with massive student debt. In Atlanta, according to Journal-Constitution columnist and blogger Jay Bookman, one demonstrator recorded his story on a makeshift fence: “I am 24 years old. I go to school and work full-time and get an average of four hours of sleep a night. I am hoping the degree I earn will help me pay off my $80,000 student loan. The outlook of this is dim.”
Occupy Wall Street has managed to capture the support of nearly half the country, according to a recent New York Times poll. How could it be otherwise with an economy that starves the middle-class and the poor while stuffing to surfeit those who are already rich? The time is right for a populism that doesn’t target the rich unfairly or punish success but which evens the playing field.
Still, the movement carries risks. The camp-ins tend to be sprawling and untidy, and local authorities in some cities have grown impatient with the protests. That has led to clashes between demonstrators and police — most minor but some ugly and dangerous.
If the protests spiral out of control and come to resemble the violent demonstrations of the 1960s, Occupy Wall Street will lose its chance to change the political conversation. No matter how legitimate their complaints, protestors won’t retain broad public support if they come to be seen as anarchists and overgrown delinquents.
I don’t care if the Occupy Wall Street demonstrators ever elect a leadership council or issue a grammatically-correct, economically-sound twelve-point manifesto. I’m just keeping my fingers crossed that they’ll eschew violence and steer clear of aggressive confrontations with the local constabulary.
If they can manage that, they’ll keep the support of average folks back on Main Street. And the politicians will be forced to pay heed.