The rightwing backlash against Trayvon Martin

The rightwing backlash against Trayvon Martin 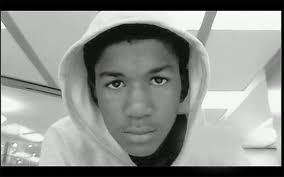 For a brief and wondrous moment, America engaged in something akin to a lucid and thoughtful conversation on race, a dialogue sparked by the tragic and unjust killing of Trayvon Martin. Across lines of color, class and political ideology, commentators and ordinary citizens weighed in on the stereotypes and prejudices that may have prompted so-called neighborhood watch leader George Zimmerman to follow Martin, a teenager, around a gated community outside Orlando.

Republicans and Democrats, liberals and libertarians, wealthy and working class joined in criticizing the police for the ineptitude or bias or both that characterized the immediate aftermath, leaving Zimmerman a free man with no charges against him. GOP presidential candidates Mitt Romney, Newt Gingrich and Rick Santorum initially skirted the subject of race but acknowledged a criminal justice travesty that demanded further investigation.

That national unity didn’t last long. It was quickly consumed by an ugly backlash against the idea that racism lingers, that racial bigotry has not been eradicated. The backlash has taken the form of a campaign of character assassination against Martin — as if the young man’s family has not suffered enough.

From leaked reports about his school suspensions to a misidentified photo allegedly showing him in a gangsta pose, the forces of dissension, denial and, let’s face it, racial discrimination have stopped at nothing to try to paint Martin as undeserving of sympathy. In National Review Online, conservative academic Victor Davis Hanson wrote: “Martin is emerging not quite as a model pre-teen, Skittle-eating student with a slight truancy problem, but as a 6 foot 2 inch teen with troubled Twitter allusions to criminal activity, an obscene n-word Twitter ID, and suspensions entailing possible drug use and theft.”

His mother, too, has been vilified in some quarters for seeking to copyright two phrases — “Justice for Trayvon” and “I Am Trayvon” — and accused of trying to profit from her son’s death. She has responded, quite sensibly, that she is trying to protect his memory from exploitation, but that has hardly silenced the critics. Meanwhile, Gingrich and Santorum have claimed that Obama injected race into the case.

I’ve seen this trajectory before. I remember it from the days and weeks that followed Hurricane Katrina, which devastated the city of New Orleans when it made landfall along the Gulf Coast on Monday, August 29, 2005. By mid-week, with marooned residents desperately trying to escape rising floodwaters, Americans were riveted to their televisions. Commentators across the political spectrum denounced the administration of George W. Bush for its ineptitude.

But by week’s end, the tenor of the conversation was beginning to shift, with conservatives looking to defend Bush and deflect blame onto the residents, many of whom were black. Those members of the commentariat talked incessantly of lawlessness and looting among residents, of a supposed laziness and dependence on federal largess that had caused poorer denizens to await their “welfare checks” rather than leave town. The national conversation about the failure of government to respond adequately to a largely black city was over; the new conversation was polarizing, divisive and marked by old prejudices.

For what it’s worth, I’m an unabashed optimist on the subject of race in America. Having grown up in Alabama during the era when little black girls were blown up at church and George Wallace stood in the schoolhouse door to keep out black students, I’ve lived to see a black man elected president. I’m convinced that the country will continue to proceed, however haltingly, along a path to full equality.

But I also know that there are those among us whose interests lie in pretending that we have already arrived, that there is no need to trek any further, that all the old wrongs have been righted. They have now stooped so low as to defame a dead teenager who, no matter how many times he was suspended from school, was doing nothing wrong as he headed back home from a convenience store.

Their campaign of character assassination, however, doesn’t change history or present circumstances. If anything, they have reminded many of us just how much work remains before America lives up to its creed of justice and equality for all.