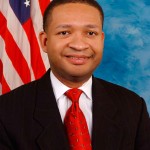 Last week, GOP operatives gloated over the defection of Artur Davis, a former Democratic member of Congress and one-time Obama supporter who announced that he had become a Republican. The GOP had every right to cheer. In making his announcement, Davis posted an online spiel that came right out of the Republican playbook.

It was more sophisticated than the late-career rants of one-time Democrat Zell Miller, who spent his last years in the U.S. Senate lambasting Democratic pols whom he had previously praised. But Davis’ charges were nevertheless familiar: Democrats play “identity politics,” would “punish businesses and job creators,” and have violated religious freedoms. He imitates the GOP lingo perfectly.

I wish Davis well, but I doubt he’ll find the redemption and acceptance he seeks in his new political home. If the Republican Party has tossed aside the likes of former senators Bob Bennett and Dick Lugar and former S.C. Congressman Bob Inglis — all sturdy conservatives who were defeated in primaries or caucuses because they weren’t conservative enough — it’s unlikely the party will have much use for a pol who admits he’s a middle-of-the-roader.

Don’t be fooled by the clichéd announcement. Davis defected for all the wrong reasons.  He left the Democrats out of personal pique — a feeling of rejection left by his humiliating loss in the Alabama Democratic primary for governor.

For seven years, Davis was a rising star in Democratic circles, a bright and promising member of Congress, a well-educated representative of the post-civil-rights era of black leadership. Elected to Congress in 2002, he defeated 10-year incumbent Earl Hilliard, whose many ethical lapses and support of Middle Eastern tyrants had made him an embarrassment.

But Davis ­— who is nothing if not ambitious — made a serious misjudgment in 2010, forfeiting his secure post as representative of Alabama’s 7th congressional district to run for governor of that state. As a black Democrat, he would never have been elected to the helm of one of the most conservative states in the union, but he was widely expected to win the nomination.

That was before Davis fell prey to an unfortunate fallacy about moderation and bucked President Obama’s health care plan. Though Alabama, my home state, has one of the nation’s highest rates of uninsured, Davis refused to support the health care plan.

He insisted that his opposition was principled, but it always smacked of political considerations. He seemed to believe that his opposition to health care reform would cement his stature as a moderate and win him the general election. He forgot that he had to win the primary first.

After his loss, Davis downplayed the significance of his health care votes, but primary voters told me that was very much on their minds. As a self-described “liberal Alabamian” told me in an e-mail: “Davis really ticked me off voting against health care reform and I do consider it a betrayal.”

It’s ironic that Davis leveled the charge of “identity politics” against the national Democratic Party. It’s true that he was subjected to dumb, meaningless accusations that he wasn’t “black enough” during the campaign (and in previous campaigns), but that came largely from local black activists in Alabama — an old guard used to an old, post-desegregation politics.

However, his defeat in the Democratic primary showed that voters were well beyond that: In several heavily black counties, Davis lost to Sparks, who is white, by a landslide. They simply preferred Sparks’ politics.

Davis packed up and moved to Virginia shortly after his loss, and he now says he’s contemplating either a run for the state assembly or another run for Congress from his new state. He also claims, as other defectors have done before him, that the Democratic Party has changed.

There is much in his analysis that is wrong and wrongheaded. For example, Davis credits Bill Clinton for a period of robust economic growth, but says “this is not Bill Clinton’s Democratic Party” — borrowing from Mitt Romney’s recent rhetoric. Both men willfully ignore one of Clinton’s bravest acts: He pressed Congress to raise taxes, which set the stage for that growth.

And on the subject of identity politics, Davis is just as wrong. The GOP may have grown more sophisticated about executing its southern strategy, but it remains a tool for dividing voters along racial lines. Davis’ marriage of convenience is unlikely to be a happy one.