Character is a combination of traits that etch the outlines of a life, governing moral choices and infusing personal and professional conduct. It’s an elusive thing — easily cloaked or submerged by the theatrics of a presidential campaign — but unexpected moments can sometimes reveal the fibers from which it is woven. 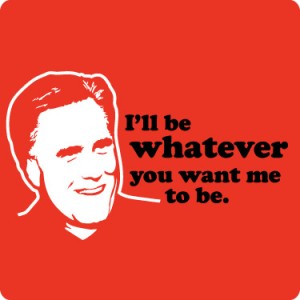 Last week, Mitt Romney had just such a moment. His rash, crass and blatantly dishonest response to violent protests in Libya and Egypt exposed a feckless and contemptible character that places political advantage above patriotism and values winning at any cost over courage, honor and truth.

As mobs attacked U.S. embassies in the Middle East, Romney rushed to use the moment as a cudgel against his rival, President Obama. He might have waited to find out whether any diplomats had been injured or Marines attacked. He did not. He might have waited until a day of mourning in commemoration of national tragedy — 9/11 — was over. He did not.

Instead, as violence escalated and lives hung in the balance, Romney jarringly condemned the president, claiming that “the administration’s first response was not to condemn attacks on our diplomatic missions, but to sympathize with those who waged the attacks.” Later, he stood by that lie, contending that Obama coddles and apologizes to the nation’s enemies. His shamelessness overshadowed his belated attempts to acknowledge the deaths of four courageous Americans — including Christopher Stevens, U.S. Ambassador to Libya  — who gave their lives in service to their country.

In a closely-fought political campaign, candidates often exaggerate their rivals’ shortcomings, blame them for circumstances beyond their control and accuse them of recklessness or timidity (or both). That’s politics.

Indeed, by the end of the week, some leading Republicans were joining the criticism of the president’s foreign policy, hoping to help the GOP nominee extricate himself from the hole he’d dug. John McCain, for example, claimed the Middle East protests — perhaps spurred by a despicable U.S.-made Web video slandering Islam’s founding prophet — could be attributed to “American weakness and the president’s inability to lead.”

But McCain and other prominent Republicans had the decency to wait until the nation had digested the news of the losses among the diplomatic corps. Romney had no such decency. By contrast, after President Carter’s botched raid to rescue U.S. hostages in Iran, Ronald Reagan, his opponent, said, “This is the time for us as a nation and a people to stand united.”

In truth, Romney’s shamelessness and shallowness have been on display for years, evident in his falsehoods, his hypocrisy and his spinelessness. He has no apparent political principles that he will not jettison if circumstances seem to dictate a change in ideology.

And you don’t have to go back far to find Romney’s ever-present hypocrisy. He wants to enjoy the traditional GOP advantage on foreign policy, but Obama has seized and occupied that territory — killing more terrorists, including Osama bin Laden, in four years than George W. Bush did in eight.

So Romney gripes and complains, even if that means taking two or three different positions on the same issue. Last year, he attacked the president for waiting to commit U.S. forces to the NATO effort to overthrow dictator Moammar Gadhafi. A few weeks later, he criticized Obama for allegedly going too far in committing forces in Libya. In between, he ran from reporters who were trying to pin him down on his position.

Most revealing of Romney’s character (or lack thereof), however, is his contentious relationship with truth. His criticism of Obama’s Middle East foreign policy is of a piece with his oft-repeated claim that the president has traveled the world on an “apology tour,” kowtowing before foreign leaders and paying penance for his nation’s sins. Never happened, as several independent fact-checkers have said.

Nor did the president react to the siege on U.S. embassies by “sympathizing” with violent mobs. Inside the Cairo embassy, diplomatic staffers did try to calm the growing anger by releasing a statement that condemned “continuing efforts by misguided individuals to hurt the religious feelings of Muslims.” When Obama found out about the statement, he disavowed it. But he also noted that embassy personnel were in difficult circumstances, so “my tendency is to cut those folks a little bit of slack.”

Romney didn’t have the class to do that, either. His character is one that would not suit the Oval Office.