Why is the GOP attacking Ambassador Susan Rice?

Why is the GOP attacking Ambassador Susan Rice? 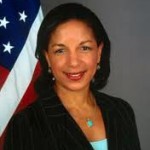 In 2000, John McCain seemed a respectable political figure — admired for his wartime heroism, well-regarded for his refusal to kowtow to partisan dogma, liked by journalists for his refreshing candor.  He failed that year in his bid for the Republican presidential nomination, but he ran a decent campaign, sticking to the high road even when he was waylaid by offensive personal attacks.

But that McCain, the man who was bested by George W. Bush, has long since been replaced by a bitter and petulant man who traffics in petty grudges. More than anything else, anger over his loss in 2008 explains his attacks on U.N. Ambassador Susan Rice and his attempts to derail her chance of becoming the next Secretary of State. Not only did McCain lose his best shot at the presidency to someone he viewed as a neophyte, Barack Obama, but he also took several strafings from Rice — who served up pungent analyses of his foreign policy shortcomings as one of Obama’s campaign surrogates.

Clearly, McCain holds a grudge. If he can’t let it go, other Republican senators ought to be wary of following him down this low road. Isn’t the Republican Party in enough trouble already? Shouldn’t it be trying to win a younger and more diverse following rather than reinforcing its image as a bastion of grumpy old white guys?

Should Obama decide to nominate Rice, she is eminently qualified to replace Hillary Clinton. A Rhodes scholar, she has worked in national security and diplomacy since 1993, when she joined the Clinton administration. She was named an assistant secretary of state in 1997.

In her role as U.N. Ambassador, a post in which she has served since the beginning of Obama’s term, she is widely credited with helping to negotiate the tough sanctions which have brought Iran’s economy to ruin. That’s no small thing. She’s also believed to have had major influence in pushing Obama to join the NATO-led campaign which toppled Moammar Gadhafi.

So what are McCain and his small coterie of followers carping about? They have tried to make a scandal of Rice’s appearances on Sunday morning talk shows after the September attacks on a U.S. consulate in Libya, in which four Americans were killed. They seem most angry that she didn’t say “al-Qaida did it!” even though there is precious little evidence that al-Qaida had anything to do with the attack. (The militia suspected of leading the second attack may be al-Qaida wannabes, but that’s not the same thing.)

If Rice were currently Secretary of State, it might make a bit more sense to hold her responsible for the fatal attacks in Libya. After all, Hillary Clinton bears ultimate responsibility for security at all diplomatic outposts. But Clinton, who has decided to leave the position, enjoys sky-high approval ratings. Republicans don’t seem in a mood to go after her.

After Rice attempted to mollify leading GOP senators with a private meeting, the criticism of her record became more bizarre. U.S. Sen. Susan Collins (R-Maine), usually a sensible voice, tried to link Rice to 1998 attacks on U.S. embassies in Africa, when Rice was assistant secretary of state. Collins’ reference to those embassy bombings was a weird non-sequitur.

While McCain has used some unfortunate rhetoric in his attacks on Rice — he called her unqualified, which is galling from the person who chose Sarah Palin to be vice-president — I don’t think his anger stems from any racial animus. Let’s give the Grand Old Party its due: The first black woman to be Secretary of State was Condoleezza Rice, and the Republicans seemed quite pleased to have her.

Nevertheless, the optics are unfortunate. While bashing an accomplished black woman, a handful of GOP senators have also praised Sen. John Kerry (D-Mass.) — rumored to be Obama’s other possible choice for Secretary of State — as perfect for the job. Do they not see the problem here?