Gun violence is a critical issue for black America

Gun violence is a critical issue for black America 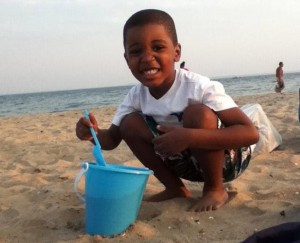 Lloyd Morgan Jr. was gunned down on a playground

For the Rev. Al Sharpton, well-known civil rights activist and television personality, the moment of personal reckoning about the apocalyptic toll of gun violence came in August of last year, as he walked into a Harlem church to deliver the eulogy for a dead four-year-old. Before that, like so many other black activists and ordinary voters, he had become inured to the fratricidal violence that tears apart families and wrecks whole neighborhoods.

“I walked in and saw this miniature casket, and it shook me. And I thought, ‘How come we’re not doing more about this?’, “ Sharpton told me.

That’s the salient question, isn’t it? And it’s especially pertinent for the legions of black preachers, activists and politicians who claim their priority is improving the lives of black Americans. If there is a “black agenda,” shouldn’t reducing black-on-black gun violence lead the list? Shouldn’t this be the leading crusade for the NAACP, the Urban League, the SCLC?

A young black man dies from gunfire every few hours, usually at the hands of another young black man, according to federal statistics. Gun violence is the leading cause of death for black men younger than 35, says the Centers for Disease Control and Prevention.

Try to imagine, if you can, the outcry from black America if self-appointed neighborhood watch vigilantes killed a young black man every few hours. Yet, the firearms-driven death rate among black men — a decades-long holocaust — gets but sporadic notice. Will that change with President Obama’s announcement of a new push for gun safety measures? Will well-known civil rights groups publicly join the charge?

Sharpton — with whom I caught up just after he’d left the White House for the announcement — speculates that too many of those on the front lines of civil rights activism have become de-sensitized to firearms deaths. “My fear is that we’ve seen so much gun violence that we’ve become numb to it. .All of us have dropped the ball in terms of elevating this issue to the crisis that it is,” he said.

“I think African-Americans are not happy about bringing attention to perhaps the greatest deficit in our urban core, and that’s the disrespect for human life. (Acknowledging it) aids and abets those who . . .hate us,” Cleaver said.

He’s right. Ultra-conservatives such as the hyper-vitriolic Ann Coulter have tried since the Newtown massacre to characterize America’s gun violence as an epidemic confined to black communities — a smug dismissal that reeks of racial prejudice.

“Perhaps it’s not a gun problem, it is a demographic problem,” Coulter told Fox News host Sean Hannity earlier this month. The clear implication is that a certain “demographic” isn’t worth saving.

But the bile and bigotry on the ultra-conservative right should not stop black American activists from acknowledging the devastation in black neighborhoods and vowing to do everything possible to stop it. One part of the answer is clearly to reduce the availability of firearms, so ubiquitous that the criminally irresponsible can get their hands on one. Or two. Or five.

First, though, law-abiding black folks have to overcome their own version of the Coulter attitude: a weary resignation to the havoc created by black criminals and a vow to stay as far away from them as possible. That attitude is fed by big-city local TV newscasts, which traffic in a constant parade of black thugs.

But not all the dead are thugs, by any stretch of the imagination. Some are just trying to imitate them without killing anyone — or being killed.

Still, a culture that celebrates thuggery is another part of the problem, as Sharpton points out. “The whole idea of romanticizing black life as thug life we have not challenged. That is criminalizing our community,” he noted.

Besides, many of the victims of this holocaust are not even thug wanna-bes but rather babies barely out of diapers. Four-year-old Lloyd Morgan Jr., whose tiny casket so rattled Sharpton, was on a playground when he was hit by a stray bullet from a nearby gunfight. He deserved the chance to grow up as surely as the children slaughtered at Sandy Hook.