Sorry about Syria, but I remember Iraq

Sorry about Syria, but I remember Iraq 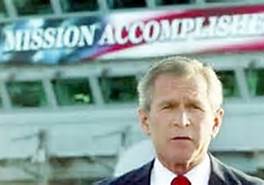 To listen to Donald Rumsfeld chastise President Obama over Syria is to listen to a man stunning in his chutzpah and pathological in his arrogance. He has never taken responsibility for the disastrous invasion of Iraq, nor has he ever acknowledged its horrors.
Last week, Rumsfeld told CNN that, while the Iraq war “unquestionably has affected some people’s judgment and attitude and impressions,” the unpopularity of Obama’s proposed Syria intervention lies squarely at the president’s feet. Obama should have provided “stronger leadership and greater clarity,” according to Rumsfeld.
What gall. The “clarity” that the Bush administration provided as a pretext to depose Saddam Hussein was a deadly mix of hubris, ignorance and falsehoods. It was laced with a detachment that depended on sending other people’s sons and daughters, husbands and wives, fathers and mothers to war. And memories of that folly — potent memories — hang heavily over discussions about military intervention in Syria.
As well they should. Outside the affluent enclaves of the armchair hawks, neo-cons and intellectual interventionists, countless average Americans still live with the lingering aftermath of both Iraq and Afghanistan. When America goes to war . . .well, America doesn’t go to war. The men and women of the nation’s working classes shoulder the load, bear the burdens and live with the war wounds — physical and psychic.
Obama has promised that any Syria intervention would not involve ground troops but would be limited to surgical airstrikes to discourage its murderous tyrant, Bashar Assad, from using chemical weapons again. That’s a worthy goal, and I appreciate Obama’s nuanced approach to the Syrian mess.
Unlike his critics, I am heartened by the president’s realism, his restraint, his lack of enthusiasm for another intervention in the Middle East. But that’s not enough to persuade me this risky intervention in Syria is worthwhile. One of the many lessons from Iraq — and from Afghanistan, for that matter — is how little influence we have over other cultures.
There is precious little the United States can do to persuade Assad, who will do whatever it takes to hold on to power, to stop using chemical weapons. This is an existential battle for him and his family, who have held power in Syria for decades. He and his supporters are willing to kill every person who opposes him — men, women and children — using whatever weapons he has at his disposal. Period.
And if the U.S. steps up its involvement, as Sen. John McCain proposes, to foster regime change, there is virtually no chance that Syria will suddenly blossom into a Jeffersonian democracy. (See Iraq.) Among the forces fighting Assad are al-Qaida sympathizers who would quickly turn their guns on us if they were to win control of the country.
Most Americans have figured out that we have no direct national interest in the Middle East, even if they haven’t been reading lengthy analyses in arcane foreign policy journals. Beyond that, most Americans also know that the average Joes and Jills would be the ones called to the front should surgical strikes prove useless and the president decide to up the ante. The well-coiffed talking heads wouldn’t have to leave their desks. The children of Ivy-League-educated neocons could continue on their carefully carved-out career paths. Most members of Congress would have no family members involved. But the Wal-Mart workers and rookie police officers and cable installers would be sent into harm’s way. They have every reason to resist.
It’s not that I’m inured to the carnage in Syria, where an estimated 100,000 people have died since the conflict began. But I’m sensitive to crises and carnage elsewhere — Darfur and the Democratic Republic of the Congo come to mind — while still understanding that the United States cannot oust every dictator or liberate every people suffering from the savagery of opposing forces. That’s one of the lessons of Iraq and Afghanistan, too.
As for Rumsfeld and his compatriots, they are part of a hardy band of anti-Obama hardliners who will oppose anything that Obama proposes. They were for war before they were against it. And they have zero credibility in the Syrian debate.