In Georgia, an attack on cell phones for the poor

In Georgia, an attack on cell phones for the poor 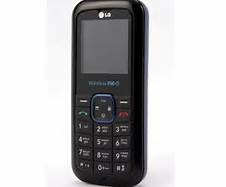 First, let’s start by laying to rest a myth: There is no such thing as an “Obama phone.” The federal program that provides free phone service to the nation’s poorest residents dates back to the administration of Ronald Reagan.
Over the years, the biggest change has been to allow the program, called “Lifeline,” to provide limited-use cell phones as well as old-fashioned land lines. That update came in 2005, when Obama was serving in the U.S. Senate.
And it makes sense to provide low-cost cell phones. Not only have mobile telephones become a ubiquitous and necessary feature of modern life, but the technology is now comparatively cheap. Lifeline pays for up to 250 minutes a month, and wireless carriers usually provide the beneficiary a barebones mobile phone —not an iPhone with apps.
Still, some political conservatives have held on to the idea that giving poor and working-class people cell phones is not just wasteful and extravagant but also downright morally suspect. In Georgia, the Public Service Commission has registered its disapproval by voting to charge beneficiaries five dollars for Lifeline service, even though it was designed to be free.
When critics noted that the new rule will provide yet another budgetary hurdle for the financially-strapped, PSC Commissioner Doug Everett, who sponsored the five dollar fee, seethed with contempt:
“You’re taking money now from some of the poorest people in the world and giving it to other people that have not worked for it,” he said, according to The Atlanta Journal-Constitution.
That neatly encapsulates the world view held by many ultra-conservatives, who also view food stamps, the earned-income tax credit and, of course, health care as a sop to the infamous “47 percent” who refuse to lift a finger to help themselves. Everett has also claimed that the five-dollar fee, which will go to telecom companies, is necessary to prevent fraud in the Lifeline program. But he has not said how it would do so.
In fact, the Federal Communications Commission, which oversees the service, tightened requirements last year after investigations found that the program was rife with fraud. The scams were perpetrated not only by individual beneficiaries but also by giant telecom companies, who are paid a $9.25 monthly subsidy for each customer.
Among other remedies, the FCC ended a $30 a month subsidy to phone companies for each new connection, saying it gave them a “perverse” incentive to sign up ineligible beneficiaries. The agency has also proposed millions in fines against five wireless carries for allegedly cheating the Lifeline program. Additionally, it mandated stricter tests for income eligibility.
Since the new rules were put in place, the number of beneficiaries has dropped dramatically. (Experts say an improving economy also contributed, rendering fewer people eligible.)
So why not wait to see whether the FCC’s new rules prevent abuse? Could it be that animus toward those perceived as “undeserving” has more to do with Everett’s five dollar fee than any real desire to quash fraud?
After all, some forms of fraud seem to agitate conservatives more than others. Critics of the Lifeline program, which is funded by an average fee of $2.50 a month per household for most telephone customers, always target individual abusers, not the telephone companies who eagerly flouted the rules to make a profit.
(Ironically, telecom companies don’t want Georgia’s PSC to initiate a five-dollar fee, fearing that it will drive off some poor customers. CTIA —The Wireless Association, a national trade group representing wireless companies, plans to appeal the PSC’s decision.)
Here’s another irony: If conservatives want the able-bodied poor to work, they ought to be helping them to get cell phones, which they need for employment. Dominic Heard, a program director at Crossroads Community Ministries, an Atlanta charity, says his homeless clients need cell phones “greatly.”
“The main thing is. . .whenever a person applies for a job, they need a call back number. . .Five dollars may not seem like a lot, but a lot of our clients have no income,” he said.
If the PSC meant to ensure that they will never have any money, it carried out its plan well.