The GOP’s magical thinking on poverty

The GOP’s magical thinking on poverty 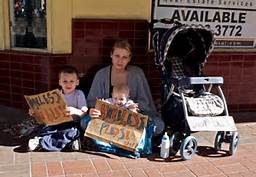 Last week, Republicans marked the fiftieth anniversary of Lyndon Johnson’s War on Poverty by denouncing it as an abject failure. Rep. Steve Southerland (R-Fla.) performed a mathematical sleight of hand in declaring that “more people are living in poverty than ever before.”
The National Review, the intellectual standard-bearer of movement conservatism, published an editorial relying on the same deceptive math. (Yes, more people are living in poverty, but the percentage is lower. The population has grown in the last half-century.) House Speaker John Boehner rushed to agree with those analyses.
But the more interesting assaults came from a handful of young turks, including Sen. Marco Rubio (R-Fla.) and House Budget Committee Chairman Paul Ryan, who understand that the GOP needs to change its image to reflect more charity and compassion toward the less fortunate. They presented familiar criticisms of government intervention on behalf of the poor while also promising they would introduce better solutions.
If only they were sincere. As the United States — like the rest of the industrialized world — grapples with structural economic changes that are hollowing out the middle-class, its leaders desperately need to come up with new ideas to help struggling Americans maintain a decent standard of living. Unfortunately, Republicans have next-to-nothing to offer.
Take Rubio’s speech. His proposals were warmed over Republican rhetoric from the last three decades, including the oft-repeated complaint that poor people are impoverished because they refuse to get married. He might as well have been Dan Qualye in 1992, railing against the fictional out-of-wedlock mother Murphy Brown.
“The truth is, the greatest tool to lift children and families from poverty is one that decreases the probability of child poverty by 82%. But it isn’t a government spending program. It’s called marriage,” he said.
This argument makes me crazy. I’m a huge fan of the institution because of the many benefits a good marriage bestows: intimacy, companionship, stability. But it does not solve poverty. Suggesting it does is a logical fallacy — confusing cause and correlation.
Any survey of government data will show you that the poorest households are more likely to be headed by single mothers. But would they be any more prosperous if they were married to men who are unemployed? I don’t see how.
Brookings Institution economist Isabel Sawhill has written, “If individuals do just three things — finish high school, work full time and marry before they have children — their chances of being poor drop from 15 percent to 2 percent.” I have little doubt of that. But where are those fulltime jobs to come from? The unemployment rate among black men with high school diplomas stands at around 30 percent, more than four times higher than the national average of seven percent, according to an analysis by Remapping Debate, a left-leaning news site. That helps explain the low marriage rates among less affluent blacks. (Joblessness is increasingly affecting working class whites, too, and their marriage rates are also dropping.)
Rubio’s speech also depended heavily on the conservative mythology that low taxes and less government regulation would create good jobs, a claim that decades of Republican rule have already shown to be a lie. If the GOP formula worked, the economy would have thrived during the tenure of George W. Bush, who famously cut taxes (leading to much of the deficit that Republicans now bemoan) and stripped away government regulations on business.
The result? Economists call the Bush years a “lost decade” during which there was zero net jobs growth. Zero.
Atlanta Journal-Constitution columnist Jay Bookman recently exposed the same nonsense at the state level. In Georgia, which has had Republican leadership since 2002, taxes have been slashed and public services scaled back. Some schools can’t even afford to stay open for the standard 180 days a year.
Has poverty in Georgia decreased as a result of the GOP’s experiment? Hardly. “In 2002, Georgia had the nation’s 20th highest poverty rate. Today we have the 7th highest poverty rate. There is no way that can be defined as success or even as holding our own,” Bookman wrote.
The sad truth is that Republicans have no workable plans for reducing poverty — just a plan to fool the political classes into thinking they care. America’s poor deserve more than that.