The folly of marijuana prohibition

The folly of marijuana prohibition 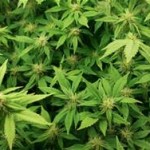 By the time my five-year-old daughter leaves for college, it’s quite likely that marijuana use will be broadly decriminalized. Alaska has become the most recent state to move toward legalization, placing an initiative on the ballot for an August vote. If it passes, Alaska would join Washington and Colorado, which have already made recreational use legal for adults.
The trend will probably continue since 52 percent of Americans support legalization, according to the Pew Research Center. That’s good news — and not because I want my daughter to indulge.
Quite the opposite. Having grown up in the years of cannibis prohibition, I know all about the dangers of the weed. Even though I don’t accept the exaggerations of such propaganda as “Reefer Madness,” a 1930s-era film that portrayed pot-smoking as the road to destruction, I know that marijuana overuse is dangerous. That’s especially true for adolescents, whose brains are stunted by frequent pot-smoking, research shows.
Over-indulgence in alcohol is dangerous, too. Yet, the nation learned through wretched experience that prohibition was worse. It bred a gaggle of violent criminals who trailed death and devastation in their wake. Their crimes were generated by the law itself: Making alcohol illegal did not stop its use. It merely fostered a huge and profitable black market.
The futile War on Drugs has done the same thing, promoting violent crime throughout the Americas and fueling the growth in prisons. According to the FBI, about half of the annual drug arrests in the United States are for marijuana.
The so-called war has done its greatest damage in black America, decimating whole neighborhoods as young black men are locked up for non-violent crimes, then released with records that will restrict their employment opportunities for the rest of their lives. At a time when policymakers are struggling to close a yawning income gap — to find ways to support equal opportunity for all — it makes no sense to criminalize a group of people for getting stoned. Not only does a drug record stigmatize them for life, but a prison sentence also forces them into close quarters with hardened criminals — making it more likely that they will graduate to violent crimes themselves.
And here’s the thing that’s especially galling: Whites don’t pay nearly the same price. (If they did, marijuana would have been legalized decades ago.) Although studies show that whites and blacks smoke pot at about the same rate, blacks are 3.7 times more likely to be arrested, according to a 2013 report by the American Civil Liberties Union. “The war on marijuana has disproportionately been a war on people of color,” Ezekiel Edwards, director of the ACLU Criminal Law Reform Project, said last year.
Even with all the evidence of the harm from the War on Drugs, though, many middle-aged and older Americans are still reluctant to support legalization of marijuana. (That’s less true of the young. According to Pew, 65% of millennials – born since 1980 and now between 18 and 32 – favor legalization, up from just 36% in 2008.)
Those less enthusiastic about legalizing pot point to risks, including a likely increase in rates of cannabis addiction. In addition, they note, legalization of marijuana would probably lead to increased calls for the decriminalization of much more harmful drugs, such as heroin.
There is no doubt that narcotics are more dangerous than pot and may need to be treated differently. The recent death of actor Philip Seymour Hoffman is a stark reminder of that. But we can distinguish between cannabis and heroin just as we distinguish between Tylenol and Oxycontin.
Unfortunately, the federal government stubbornly clings to an outdated view, insisting that its law enforcement authorities will continue to view marijuana sales and possession as a crime. That’s dumb, and President Obama ought to know better. He has long acknowledged his youthful pot use, and he recently acknowledged in a New Yorker interview that it is no more dangerous than alcohol.
That doesn’t mean he wants his two daughters to smoke pot, any more than I want mine to. But I certainly don’t think any of them should go to jail if they do.