Holding a BB gun’s a crime?

Holding a BB gun’s a crime? 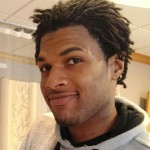 The August shooting of 22-year-old John Crawford III by suburban Ohio police did not incite weeks-long protests, prompt Congressional action or provoke candid national conversations over race, as the fatal shooting of 18-year-old Michael Brown of Ferguson, Mo. — which occurred four days later — did. But Crawford’s death may be an even graver injustice.
While Brown’s death still appears completely unjustified, he had had an encounter of some sort, perhaps just an exchange of words, with a police officer. Crawford, by contrast, may never have known he was the subject of a 911 call or that police had their guns trained on him. His crime? He was holding an air rifle — a BB gun — that he had picked up from a shelf as he shopped in a Beavercreek (a suburb of Dayton) Wal-Mart.
Last week, a special grand jury returned no indictments against the police who killed Crawford. Officers Sean Williams and David Darkow behaved appropriately, according to an official statement: “Based on the information the responding officers had . . the officers did what they were trained to do to protect the public. The officers followed accepted law enforcement training protocol in their response to the report of an active threat. . .” .
But Crawford was doing absolutely nothing wrong. This is another of those awful cases wherein a young black man is gunned down for no good reason, and the authorities justify their behavior as keeping the peace. It’s no wonder so many black Americans have a complicated view of law enforcement.
Did race play a role in the shooting? Probably. The officers were white, as was the shopper who made a highly embellished 911 call. Crawford was black. And the conviction that black men are dangerous thugs is deeply rooted in the American psyche, a smear that took root back in the days of slavery. It is a prejudice — an implicit bias — that permeates the unconscious mind, whether or not people are aware of it.
Let’s start with that wildly exaggerated 911 call. Ronald Ritchie told the dispatcher that a man was waving and loading a rifle, “pointing it at people.” In fact, the surveillance video released by Wal-Mart shows Crawford talking on his cell phone the entire time, never pointing the gun at anyone. (While Wal-Mart usually sells air rifles that are boxed, this one was apparently on the shelf, unboxed.)
The video shows Crawford swinging the rifle casually toward the floor, occasionally at the ceiling. He is holding it nonchalantly, probably completely engrossed in his conversation with the mother of his two children.
But it’s not Ritchie’s behavior that bothers me most. He’s not a police officer — not sworn to protect and defend. Why didn’t the officers who went to the store do a more thorough evaluation before they opened fire?
The police contend that they warned Crawford repeatedly to drop the weapon, but he refused. (The surveillance footage has no apparent audio.) But they appear to have shot him as soon as they saw him; it’s not clear he saw or heard them before shots were fired.
Let’s face it: police officers are not immune to implicit biases. It’s no coincidence that unarmed black men so frequently end up dead at the hands of police.
While better police training might help, stiffer sanctions against police officers who gun down unarmed civilians would do more to restrain them. But that’s unlikely anytime soon. A series of U.S. Supreme Court rulings has given law enforcement officials wide latitude to respond to supposed threats as they see fit. And their jurisdictions are given immunity from lawsuits, so there is no financial pressure to reform police tactics.
Unimpeded, then, Beavercreek authorities have mandated a new capital crime: Shopping while black. And the Ohio suburb is not the only place where black men are seen as a grave threat. That view, a just-below-the surface prejudice, holds sway from sea to shining sea.