Obamacare is here to stay

Obamacare is here to stay 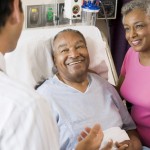 You’ve heard of Obamacare, right?
It’s that disastrous, costly and intrusive policy that President Obama and his fellow Democrats rammed down the throats of Congress back in 2010 — a failed plan that conservative Republicans have pledged to “repeal and replace.” According to its critics, it is un-American; it destroys the healthcare system; it burdens businesses; it hollows out Medicare.
Right?
Ah, wrong. Despite what you may have heard and despite the caprice of electoral campaigns, the changes wrought by the Affordable Care Act are here to stay. That’s because it accomplishes much of what it set out to do — and its beneficiaries mostly like it.
Don’t expect Republicans to try to turn back the clock. Oh, some of them will continue to bash Obamacare and to blame it for any negative effects of the country’s dysfunctional health care “system” — including rising costs. And some will even go so far as to continue to insist that it ought to be repealed.
Take Senate Minority Leader Mitch McConnell, who expects to lead the upper chamber if Republicans claim a majority. In a debate last month with his Democratic rival, Alison Grimes, McConnell suggested that he would repeal the Affordable Care Act but leave in place Kentucky’s popular state exchange program.
“…The best interest of the country would be achieved by pulling out Obamacare, root and branch,” he said. “Now, with regard to Kynect, it’s a state exchange. They can continue it if they’d like to.”
McConnell’s pronouncement was a tour de force of dissembling, a virtuoso performance of fabrications and disinformation. The Washington Post’s fact-checker awarded him three Pinocchios.
That’s because the state’s health care exchange, Kynect, is a part of Obamacare, made possible by the 2010 law. If Obamacare is ripped out “root and branch,” the state exchanges could not continue to exist. (The GOP has continually pledged to find a mechanism to replace Obamacare, but its warring factions have failed to agree on any plan that would leave state exchanges in place.)
Here’s the rub: Kynect is very popular with Kentucky’s residents, many of whom are enjoying health insurance for the first time in their lives. They have been primed by Republican politicians to hate the president and any policy he endorses — including his signature health care plan — but they don’t want to give up Obamacare’s benefits.
Kentucky is emblematic of the states that have received substantial assists from Obamacare. It is
largely rural and is among the poorest states. It has also long ranked near the bottom in several health indicators, including obesity rates, cancer deaths and smoking rates. Obamacare has been a boon for its residents, cutting the rate of uninsured in half.
According to The New York Times, people who live in rural areas are among the biggest winners from the Affordable Care Act. Other groups who have reaped substantial benefits are blacks, Latinos, women and younger Americans between 18-34.
Here’s another reason that Obamacare is here to stay: Its expansion of Medicaid is a boon to the states that have taken advantage of it. After the Supreme Court ruled that Medicaid expansion was optional, most Republican governors vowed to resist it — even though the federal government will pay one hundred percent of the cost for the first three years and 90 percent thereafter.
But some of those GOP governors are now having second thoughts as rural hospitals are forced to close down for lack of funds and poor people are sidelined by preventable illnesses. Several GOP governors have already expanded Medicaid — which provides health insurance for the poor — and others are considering doing so.
Last month, Ohio’s Republican governor, John Kasich, advised his GOP colleagues to stop fighting the Medicaid expansion. The opposition, he said, “was really either political or ideological. I don’t think that holds water against real flesh and blood, and real improvements in people’s lives.”
Some Republicans have trouble admitting that on the campaign trail, but they all know it’s true.