Obama is right about Cuba

Obama is right about Cuba 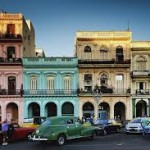 It’s about time that a United States president had the courage and common sense to end our ridiculous policy toward Cuba. It was a relic of the Cold War, an outdated strategy that accomplished absolutely nothing except to give the Castro brothers an excuse for the dire poverty in which their citizens live.
President Obama deserves plaudits for his decision to open full diplomatic relations with the island nation for the first time in more than half a century. So does Pope Francis, who intervened to try to break the stalemate between the two countries. The announcement that the United States will open an embassy in Havana was a fitting tribute to the season in which Christians ostensibly turn our attention to peace on earth and goodwill toward all men.
Not that there was an outbreak of goodwill on Capitol Hill. As any fifth-grader could have guessed, Obama’s announcement, which followed more than a year of secret negotiations, was met with outrage among the usual suspects — a bunch of hard-liners who insist that the Castros’ dictatorship is such an affront to international norms that a full embargo should continue until. . .well, until.
It doesn’t seem to matter that the embargo — established in 1962, back when the Soviet Union was enemy number one, when the Berlin Wall still divided East and West and the war in Vietnam was in its infancy — has not done anything to change Cuba’s internal politics. In fact, the opposite may be true: The embargo has hardened the resistance of Fidel Castro, who has found it convenient to blame his economic disasters on the U.S.
(Technically, Obama cannot lift the embargo, which was imposed through a series of laws. He can, however, use his executive authority to circumvent much of it.)
Do Fidel and his brother Raul engage in human rights abuses? Absolutely. They imprison their critics and have been accused of murdering their rivals. They don’t tolerate free assembly and they restrict speech. They look for excuses to detain Americans, as they did Alan Gross, a contractor for the U.S. Agency for International Development who was working to improve Internet access for a Jewish organiztion. His release helped to set the stage for détente.
In other words, the Castros are dictators. So is Xi Jinping, the president of China, another Communist country. Yet, President Nixon decided in 1972 that the best way to influence China was through diplomatic contact, and he set about normalizing relations. Few politicians now disagree with that strategy.
The Chinese government tolerates no dissent, imprisons its critics and even restricts religious liberty. Yet, American businesses freely engage in trade with China; U.S. citizens visit as tourists; their students matriculate at our universities. Why should Cuba, which doesn’t have a fraction of the economic or military clout that China does, be regarded as more of a threat to our interests?
In my three reporting visits to Cuba over the last 15 years, I found a country of resilient people who had a strong affinity for the United States. They kept up with Major League Baseball; they circumvented government controls to watch American TV shows; they begged relatives and friends to bring in the lastest American music and fashions. The best way to steer them toward a thriving democracy is to encourage more contact between the two countries.
And the fact is that Obama didn’t take a big political risk, despite the hardliners and their continuing drumbeat of criticism. The president enjoys support among Cuban-Americans, even some — like Atlanta political consultant Angelo Fuster — who fled Castro’s takeover. “I think we are on the right path,” Fuster, who has led trade missions to the island, told me.
A Florida International University poll in June found that 68 percent of Cuban Americans favor normalized diplomatic relations, and 52 percent want to ditch the embargo. As pollster Guillermo J. Grenier told The Atlantic, “We are witnessing a clear demographic shift with younger and more recently arrived Cubans favoring a change in policy toward the island.”
Regardless, restoring diplomatic relations with Cuba is the right thing to do. In this season, that ought to be reason enough.