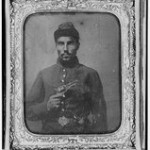 Is it already that time of year?
It must be: black lecturers are busy on the speaking circuit; black authors have been pushed to the front shelves of book stores; school teachers, black, white and brown, are teaching their charges how George Washington Carver, ah, invented the peanut.
It’s Black History Month, that annual tribute to the accomplishments of black Americans, whose ingenuity, perseverance, creativity and fortitude made America what it is today. But there is a problem with the yearly observance: It manages to make black history seem a thing apart, a separate reality, a slender appendix to the encyclopedia of American history.
It isn’t. Black history is American history — baked and bricked into the nation’s foundations. And that’s how it ought to be taught, right in the same volumes as the Boston Tea Party, the settling of the Old West, the defeat of the Nazis. Black Americans were part of each of those monumental chapters, as well as countless less-celebrated episodes.
It’s time to retire the annual celebration, as outdated now as rotary phones, segregated drinking fountains and the term “Negro.” Ask yourself this: Will the current occupant of the White House — president of all of the United States, not merely of its black citizens — be celebrated only in February?
Carter Woodson, a black historian, started Negro History Week in 1926, when racism was still raw, public accommodations segregated and the Ku Klux Klan a powerhouse. The notion that black Americans were intellectually inferior and that they should be assigned a second (or third or fourth) class status was taken for granted by most whites, including the leadership classes.
Woodson saw that black contributions to American history “were overlooked, ignored, and even suppressed by the writers of history textbooks and the teachers who use them.” He began a systematic study of black history and chose a week in February to commemorate it — timed to honor the birthdays of Abraham Lincoln, February 12, and famed abolitionist Frederick Douglass, February 14.
Happily, much has changed since then. Monuments stand to honor the accomplishments of black Americans, from the Buffalo Soldiers who served in segregated cavalry units after the Civil War to the Rev. Dr. Martin Luther King Jr., who became the first black American to be commemorated on the National Mall in Washington, D.C. Movies celebrate the bravery of the Tuskegee Airmen, who persevered at a time when most whites didn’t believe black men were capable of becoming fighter pilots. There is even a Smithsonian-run National Museum of African-American History and Culture, designed to “educate generations to come,” under construction on the National Mall.
(Yes, there is irony in the notion of a separate black history museum. But Founding Director Lonnie Bunch has promised that it will allow visitors to delve “deeply into the African-American experience and understand that. . it is a quintessentially American experience.”)
Many black Americans would argue that Black History Month is still necessary in a land where racism, though waning, continues to exert a peculiar power. There are its blatant manifestations, evident in police brutality and in the populations of prisons; then there are its more subtle signs — such as research into hiring practices that shows applicants with “black” names are less likely to get jobs, regardless of their stellar resumes.
Moreover, the dominant culture remains reluctant to acknowledge the essential American-ness of its black members. We remain exotic, the other, ethnics. A vocal minority of white citizens continues to insist that President Obama is illegitimate, a foreign-born usurper. The “girl next door” is blonde, the super-hero is blue-eyed.
Unfortunately, though, Black History Month merely reinforces that fundamental bias. The one-month observation — ironically, the shortest month of the year — keeps our history away from mainstream history.. Instead, it should be included in every history text, taught in every history class, commemorated in every history museum — from maritime to martial, from agricultural to architectural.
The story of America is accurately told only when the stories of black Americans are included — in every month of the year.