The problem with Hillary’s wealth

The problem with Hillary’s wealth 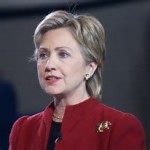 Poor Hillary Clinton. She’s rich. And that’s a problem for her presidential campaign.
Even as the economy finally mounts an apparently sustained recovery, income inequality remains a primary worry for American voters. According to a poll by the Pew Research Center last November, 78 percent saw the gap between the haves and the have-nots as a big problem.
Since the 1970s, wages have been stagnating for average workers, who have been buffeted by the crosswinds of globalization and the technological revolution. Factories have fled to cheaper lands. Jobs that were once commonplace — such as those of bank tellers and grocery store clerks — have been lost to technological innovations: ATMs and digital scanners. Meanwhile, the economic gains have accumulated in the bank accounts of a wealthy few.
Clinton — who shares with her husband, former President Bill Clinton, an estimated net worth of more than $20 million — is definitely among those haves. That means the optics of her lifestyle are considerably different than those of Barack and Michelle Obama when he sought the White House: they had barely paid off their student debt.
But appearances aren’t the biggest problem for the former Secretary of State. Plenty of rich folk have won the White House in the past; wealth is clearly no barrier.
The far bigger problem for her is that she is not easily associated with the battle to lift up the 99 percent, unlike, say, Sen. Elizabeth Warren (D-Mass). If she runs for the presidency, as many observers assume she will, Clinton needs to quickly come up with a viable plan to restore America’s dwindling middle class. That ought to be the centerpiece of her campaign.
For that matter, her rivals, especially among the Republicans, need viable proposals to restore the middle-class, too. (Warren has said she will not run, but Sen. Bernie Sanders of Vermont, a self-described socialist, is considering a run for the Democratic nomination. He is a longtime advocate for average workers.)
Mitt Romney’s greatest weakness during his 2012 presidential campaign wasn’t his wealth, which, at an estimated $250 million, dwarfs that of the Clintons. His Achilles’ heel was his clear disdain for those who struggle to make ends meet, evidenced in his infamous remarks about the 47 percent.
He was also weakened by his association with Bain Capital, a private equity firm that, among other things, bought up companies and sometimes streamlined their workforces. In an age of widespread economic anxiety, Obama was able to paint Romney as a callous — and clueless — plutocrat.
Clinton can’t be so easily characterized as an out-of-touch member of the one percent; her political positions fit comfortably within the moderate-to-liberal wing of the Democratic Party. Still, she is associated with the centrist economic policies of her husband, who worked hard during his presidency to cozy up to Wall Street and change the image of the Democratic Party, which was believed to be hostile to the business elite. Indeed, President Clinton helped to loosen some of the regulations that had held Wall Street in check.
The results of that loosening are still wreaking havoc on households across the country. The big banks, reckless and greedy, used their new freedom to crash the economy. And, unfortunately, many of the moguls responsible for the mess were unscathed by the wreckage.
As if that were not galling enough, the taxpayers bailed out Wall Street, even as millions of average folk lost their homes to foreclosure. The bail- out may have been necessary, but it’s still infuriating. Clinton needs to demonstrate that she understands the anger still loose in the land — among liberal and conservative voters alike.
She needs to be able to answer questions about the high-dollar fees that she has collected from exclusive audiences and about the campaign contributions she has accepted from corporate interests, especially Wall Street types. But more than that, she needs a set of policies that go beyond raising the minimum wage.
She may have to risk alienating some of her big-money donors if she is to assist the shrinking middle class. If she has to courage to do that, Clinton will be hard to beat.