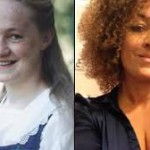 The curious case of Rachel Dolezal has sparked furious commentary about her deceit, her arrogance, her narcissism. But I see something more in her strange tale: a reminder that race is but a social construct. As geneticists told us years ago, there really isn’t any such thing as race.
Human beings are 99.9 percent genetically identical, Craig Venter and Francis Collins, who led research on the human genome, announced in 2000. As Duana Fullwiley, a medical anthropologist has put it, “There is no genetic basis for race.”
Still, human beings are deeply invested in the concept. Our lizard brains are attuned to superficial differences— hair texture, skin color, language. Tens of thousands of years ago, homo sapiens depended on their ability to distinguish friend from foe in a flash. If another creature standing upright and using opposable thumbs looked like me, he was a friend. If he didn’t, well, whack him with a stick.
And, unhappily, we’ve not evolved much beyond that basic instinct.
But primal identification of “the other” is no longer necessary for survival. In fact, in the 21st century, it impedes human progress.
Look no further than the massacre that took place on Wednesday evening at a historic black church in Charleston, S.C. An assailant opened fire during prayer meeting — during prayer meeting — and killed nine people. Police have identified the suspect as a young white man, Dylann Storm Roof, who allegedly spewed racist stereotypes and championed white supremacy. They have labeled the atrocity a hate crime.
That’s one of the more horrific examples of the racism that is fueled by fear and hatred of the other, but it stands out only for its extremes. Every day, discrimination overwhelms routine encounters — between police and civilians, between teachers and pupils, between employers and job applicants.
And I’d be remiss if I suggested that bigotry is a habit practiced only by whites. While institutional racism is the province of the powerful — and, in the United States, the powerful are still mostly white — discrimination based on difference is a human tradition, passed on from one generation to the next, among black families, brown families, tan families, pink families. A Muslim woman in a hijab, a group of Latinas speaking Spanish, a black man in dreadlocks — all draw an instinctive inner scowl from some person who looks or sounds a bit different.
So Dolezal shook us up a bit. We couldn’t tell by looking. If she could be so authentically “black” as to fool her constituents at the Spokane chapter of the NAACP, despite the fact that she was born “white,” doesn’t that tell us something about the superficiality of these differences?
Now, I’m not excusing the lady’s lies. You can hardly champion social justice while standing on a foundation of fraud. There is no excuse for her mendacity, no matter how noble she believed her motives to be.
But her story ought to remind us just how flimsy this business of race really is. Even “black culture” and “white culture” are permeable concepts, easily penetrated.
When I was younger, stereotypes that attempted to limit black accomplishments were common. The list of our supposed shortcomings was long — and absurd. Black people couldn’t be distance runners (did anyone tell the Kenyans?), couldn’t play tennis (you’ve heard of Serena Williams) or play golf (well, Tiger Woods used to). And certainly we weren’t smart enough to be astrophysicists, Neil deGrasse Tyson.
And while black Americans didn’t have the cultural cache to invent a long list of limits for whites, we responded with a few stereotypes of our own. As just one example, we believed that white teens couldn’t dance. They didn’t have rhythm. That myth, too, has been exploded by any number of young white rockers — and multiple contestants on those competitive talent shows.
Humankind is not yet ready to acknowledge what science stands ready to teach us: Race does not exist. We seem to have a primal need to divide, to separate, to exclude. Categories provide us some strange comfort.
But the race-tinged sagas playing out on the evening news ought to force us to think about the ways in which those categories limit us all.