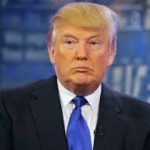 Not so long ago, leaders of a chastened Republican Party issued a report urging a new way forward for a GOP spurned by voters of color. Following Mitt Romney’s unfortunate language about “self-deportation,” which likely contributed to his defeat, party strategists were especially concerned that the GOP find a way to reach out to Latinos, the fastest-growing voting bloc.
The report of the Growth and Opportunity Project urged the GOP not only to embrace comprehensive immigration reform but also to adopt a very different rhetoric in addressing Latinos, including those without documents. “If Hispanic Americans hear that the GOP doesn’t want them in the United States, they won’t pay attention to our next sentence,” the report said.
Let’s just say the report’s recommendations haven’t been widely embraced by the 2016 Republican presidential field. Led by the odious Donald Trump, several candidates have raced to appeal to the most nativist elements of the Republican base.
That’s a train-wreck for the Republican Party — a strategy that will not only make it difficult for the party to regain the White House in 2016 but which will also weaken it for decades to come. Latinos coming of age now are unlikely to forget the hostility shown by a GOP that can no longer be called the party of Abraham Lincoln.
Trump’s immigration policy — if it can be called that — doesn’t back away from his inflammatory rhetoric. He would build a wall, which he insists Mexico could be forced to pay for, and he’d deport the estimated 11 million immigrants who crossed the border illegally. But the proposal that has blasted through the primary field is this: He would end automatic citizenship for babies born to mothers without papers.
Not to be outdone, several of his rivals clambered aboard. Scott Walker, Bobby Jindal and Ben Carson all echoed some degree of support. Ted Cruz elbowed in with the claim that it’s “a view I have long held.” Together with the candidates who have previously expressed their opposition to birthright citizenship, which is bestowed by the 14th Amendment to the U.S. Constitution, about half the field of 17 GOP presidential candidates agrees with Trump, according to Politico.
This is a minefield for a Republic Party already struggling to reach beyond its overwhelmingly white base. The 14th Amendment has deep historic resonance because it’s a post-Civil War amendment, intended to rectify the injustice of a constitutional system that did not extend citizenship to black people. It grants citizenship to “all persons born or naturalized in the United States.” And while it’s unlikely that any president could garner enough support to repeal that, the willingness of so many Republicans to bandy about the proposition can only remind more moderate voters that the party is a small and homogenous tent.
“It’s a terrible idea,” Peter Wehner, a former official in the administration of George W. Bush, told Politico. “It’s a politically insane idea. It can’t be done. It’s impossible to achieve. So what’s the point? It’s symbolism and it’s exactly the wrong kind of symbolism. If Republicans want to make this their symbol … they’ll pay a high price for it.”
As much as the Republican establishment has wished that Donald Trump would disappear, it ought to be quite clear to them by now that the problem isn’t the Donald. It’s the Trump phenomenon. And that’s a problem for which the establishment has only itself to blame.
For decades, otherwise clear-headed Republicans have stood by as their rising stars pandered to the worst instincts of the most conservative voters, especially those troubled by the social and cultural transformation wrought by the civil rights movement. That Southern strategy has been modernized, refurbished and refreshed, but it has never been retired. Since the election of President Barack Obama, it has taken the form of skepticism about his citizenship, assaults on voting rights and a braying and insulting nativism.
Trump simply came along to harvest the fruits of that destructive strategy. And what a harvest it is.