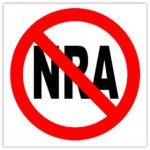 My father loved hunting game in the woods of rural Alabama. His idea of a good time involved getting up in the wee hours of a chilly fall morning and going out to sit for hours in a tree stand, waiting for a buck to come within range.
As a gun owner, he was not at all unusual among his friends and family members, many of whom kept pistols, rifles and shotguns. A veteran of Korea, he saw firearms as an essential tool.
But my father would not recognize today’s National Rifle Association or its many counterparts — a gun lobby that insists Americans ought to be free to carry their firearms into churches, schools and bars. He would have thought that was a crazy idea that would make the world more dangerous, not safer.
He would have been horrified by the plague of mass shootings, the latest of which claimed nine innocent victims at Umpqua Community College in southern Oregon earlier this month. And he certainly would not have believed that the massacre could have been prevented if more of the faculty and students had been armed.
What has happened to responsible gun owners like my father? Where did the sane hunters go? Why aren’t they standing up to protest the outrageous politics of the NRA?
My father died in 1984, before the gun lobby became completely unhinged. Indeed, its political transformation into a network of firearms extremists has been so complete that many Americans don’t know that the NRA started out as an organization of sportsmen who taught marksmanship and gun safety skills.
In 1934, Karl Frederick, then NRA president, told Congress, “I have never believed in the general practice of carrying weapons. I seldom carry one. … I do not believe in the general promiscuous toting of guns. I think it should be sharply restricted and only under licenses.”
Needless to say, the NRA has all but erased, Soviet-style, that part of its history from official records. By the late1970s, the organization had started along a path of strident advocacy that has elevated firearms ownership to a religion. The organization and its several counterparts have formed a vast political network that threatens any politician who pleads for modest regulation, that insists on arming every man, woman and child, that feeds its supporters propaganda to fuel their paranoia. Its leaders have brainwashed their followers into believing that the government wishes to confiscate all guns and subjugate citizens, a proposition too crazy to tackle rationally (so I won’t).
But responsible gun owners certainly ought to be fighting back against that nonsense and demanding sensible politics from the gun lobby that purports to represent them. Why don’t they?
By 1982, the gun lobby had become so powerful that it was able to pass legislation that prevents the federal government from keeping a database linking firearms to their owners. In other words, the sort of information readily available about vehicles or houses is not available about guns. That makes tracing firearms used in crimes much more difficult.
The gun lobby has also managed to prevent the Centers for Disease Control and Prevent from studying gun violence as a public health hazard. As President Obama noted after the Umpqua massacre,
“ We spend over a trillion dollars and pass countless laws and devote entire agencies to preventing terrorist attacks on our soil. . .And, yet, we have a Congress that explicitly blocks us from even collecting data on how we could potentially reduce gun deaths. How can that be?”
My dad never carried a pistol on his person. He certainly didn’t think he should have one at church or at the school where he served as principal.
He didn’t want me to own a gun, either; he thought I’d be better off with a good burglar alarm and a big dog. He knew better than to think that more firearms equal enhanced safety.
What happened to sensible gun owners like him?