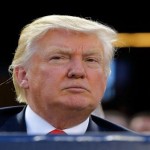 Is Donald Trump so different from Ted Cruz? From Ben Carson?
The Republican establishment is in a panic over the billionaire real estate mogul, whose poll numbers continue to rise despite (or because of) his racist and Islamophobic rhetoric, his disinterest in the workings of government and his disdain for the boundaries of normal political discourse. Prominent Republicans are said to be mulling whether and when to try to trip Trump, opening a path for a different candidate.
Given the outlines of the GOP presidential contest so far, that would leave either Cruz, senator from Texas, or Carson, the retired neurosurgeon, to take the lead. (Or perhaps Marco Rubio would move to the top of the heap.) Currently, according to a Real Clear Politics average of polls, Trump has the allegiance of 30 percent of Republican voters, while Cruz draws 15.6 and Carson and Rubio are tied at 13.6.
Still, is Cruz so much more acceptable? The senator would trample the Constitution to end birthright citizenship and has insisted that Sharia law, a system of Islamic codes, is an “enormous problem” in the United States. Carson, for his part, has ruled Muslims unfit for the Oval Office, in blatant violation of the U.S. Constitution.
That means at least 59 percent of Republicans support a candidate who bitterly disparages President Obama, who would trample the Constitution to discriminate against minority groups and who indulges birtherism — as Trump, Cruz and Carson have done. That’s what the GOP establishment ought to be worried about: its voters.
Of course, prominent Republican figures have pandered to and nurtured those racially-tinged grievances in working-class white voters for more than half a century. It’s disingenuous of them to now pretend shock — horreur! — at Trump, who simply refuses to speak the coded language that party elders prefer. His racism and xenophobia are unvarnished, unsophisticated, unveiled.
But Trumpism is embedded in the Republican Party’s DNA, the cornerstone of its modern structure. Desperate to peel working class whites away from their allegiance to the Democratic Party, associated since Franklin Roosevelt with the interests of the common man, the GOP played to the social and cultural fears and prejudices of less-educated whites using a Southern strategy honed by the late Lee Atwater, once a prominent Republican operative.
As Atwater put it: “By 1968 you can’t say (n-word)—that hurts you, backfires. So you say stuff like, uh, forced busing, states’ rights, and all that stuff, and you’re getting so abstract. Now, you’re talking about cutting taxes, and all these things you’re talking about are totally economic things and a byproduct of them is, blacks get hurt worse than whites.… ‘We want to cut this,’ is much more abstract than even the busing thing, uh, and a hell of a lot more abstract than (N-word,N-word.)”
Over the years, the Republican Party has refined and broadened that strategy. And it has been used by every Republican presidential candidate since Barry Goldwater, from Richard Nixon (“law and order”) to the sainted Ronald Reagan (states’ rights) to even the genteel George H.W. Bush (Willie Horton), cultivating the loyalty of working class whites while simultaneously alienating black and brown voters. With the rise of a gay rights movement, homophobia has also become an honored tenet of that strategy.
When the nation elected its first black president in 2008, disaffected working-class whites became ever more resentful, many of them channeling their rage into a tea party movement that pledged to “take back” the country. How did the Republican establishment respond to that? By running from immigration reform, by indulging the birther movement, by disparaging Obama at every turn as a radical who would ruin the country and/or a weak-kneed coward who would give in to terrorists.
It worked. While a whopping 66 percent of Trump’s supporters believe Obama is a Muslim, a solid 54 percent of Republicans overall think the same thing, polls show. And 54 percent of Republicans also believe no Muslim should be elected president.
So the establishment wants to get rid of Trump? He may leave the race, but Trumpism is likely to linger for a long time.