Snow or not, planet is still warming

Snow or not, planet is still warming 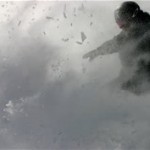 Cue the igloos.
The winter blizzard paralyzing the East Coast has given climate change deniers the perfect opportunity to proclaim, once again, that global warming is a hoax, that several feet of snow prove the planet is as cold as ever, that the Earth is flat: You can tell by looking outside. Common sense.
During a similar snowstorm in 2010, the family of one of the nation’s leading flat-earthers, Sen. Jim Inhofe (R-Okla.), built an igloo on the National Mall. His daughter, son-in-law and grandchildren deposited a sign across the structure that read, “Al Gore’s New Home,” in mockery of one of the saner voices on the risks of climate change.
This latest storm has produced plenty of igloo material but no evidence that Gore is wrong. Sorry, but the earth is, in fact, a sphere — no matter what you see looking out your bedroom window. Similarly, the planet is warming — no matter how cold it is outside your bedroom window.
Earlier this month, climate scientists released a report saying that 2015 was the warmest year on record for the planet, shattering the previous record that had been set by a very warm 2014. El Nino’s winds contributed to last year’s heat, but the bulk of it is a consequence of human activity, scientists said.
By now, the science is settled. Shouldn’t we be talking about solutions? Shouldn’t our politicians be leading a national discussion about ways to build on the climate accord that President Obama signed in Paris?
One of the most promising answers is a carbon tax, a way to raise prices on the fossil fuels that create much of the environmental havoc. A price hike would help to discourage use by everyone from the executives at coal-fired electric plants to motorists who drive alone to and from work.
A carbon tax is even more compelling in this era of rapidly falling petroleum prices. While cheap gas helps the family budget, it simply encourages us to use more of it. And, oddly, it even encourages car buyers to skip the smaller, more efficient models and opt for bigger gas guzzlers. At the end of 2015, fuel economy for new vehicles was falling, likely reflecting more purchases of pickup trucks and SUVs, according to the University of Michigan’s Transportation Research Institute.
It might seem perverse to suggest a carbon tax — or “fee,” as some prefer to call it — just as average households are getting a bit of a break from gas prices. After all, the American middle-class is still struggling with wage stagnation.
But those households need not be penalized. There are already detailed plans for protecting low-and middle-income households from the budget pinch of a carbon tax, which would affect not only gasoline but also home energy prices.
The bigger problem is that a carbon tax has no chance of passing a recalcitrant Republican Congress, many of whose members still insist that climate change isn’t real. The few GOP moderates who had, in the past, acknowledged human-caused climate change — like, say, New Jersey governor Chris Christie and former Florida governor Jeb Bush— dare not say so anymore.
It hasn’t always been this way inside the Republican Party. As the Wall Street Journal has noted, “Republicans, not Democrats, first championed market-based systems to control pollution.” In 2008, GOP nominee John McCain and his Democratic rival, Obama, had similar proposals for a carbon tax.
Nowadays, though, the carbon tax is anathema to an irrational Republican electorate. Tim Phillips, the president of Americans for Prosperity, has said that any GOP candidate who supported a carbon tax “would be at a severe disadvantage in the Republican nomination process.” That helps explain why not a word has been uttered in support of it.
But that’s no reason to give up. Environmentalists and their allies have to keep plugging away at rational solutions, playing the long game. There really is no choice. Global warming is a crisis, no matter how big a blizzard batters the East Coast and no matter how many igloos the Inhofe clan builds.