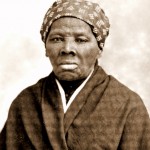 The journey toward a more perfect union was quickened with the announcement that Harriet Tubman, abolitionist, Union spy and activist for women’s suffrage, will grace the front of the $20 bill.
The Tubman twenty will be unveiled in 2020, timed to honor the 100th anniversary of women’s suffrage.
She will be the first woman on U.S. paper currency in more than a century and the first black American ever. That a black woman who was born a slave will be given such a prominent commemoration is a testament to American exceptionalism, a reminder of the nation’s slow and erratic but continuing march toward a more just version of itself.
Not all Americans see it that way, of course. Some are already grumbling about the demotion of Andrew Jackson, the nation’s seventh president, to the back of the bill. (Fox News’ Greta Van Susteren has called the change “stupid.” ) Others insist that Treasury has simply caved to an ill-conceived political correctness. (Donald Trump claims that’s the case.) A few will venture commentary that has no place in polite society.
Indeed, the announcement of a revamped and more inclusive currency comes at a fascinating time in our politics, a time when a sizable portion of the electorate is roiled by anger, agitation and fear. While some of that anxiety has its roots in economic uncertainty, much of it — especially among the supporters of Trump’s presidential bid — has its foundation in a deep-seated resentment of the nation’s changing demographics.
It’s no accident that Trump — who is among the “birthers” who insist President Barack Obama is not an American — leads the Republican presidential field while denouncing Mexican immigrants and denigrating Muslims. There is a substantial minority of white American voters who are threatened by the loss of numerical advantage, furious over the election of a black president and resentful of the growing racial and ethnic diversity in American life.
Trump and his supporters have dominated the political narrative in this election season and ignited a civil war inside the Republican Party. They have panicked the Republican establishment. They have set off alarm bells in faraway capitals.
Yet, that racially intolerant faction is losing the battle for primacy in the American story. They no longer dominate the nation’s culture or mythology, as the changes in the currency illustrate.
Last year, Treasury Secretary Jacob Lew invited the public to comment on his decision to recast a paper bill to feature a woman. Of the 15 women suggested by the activist group Women on ‘20s, including Eleanor Roosevelt, Susan B. Anthony and Rosa Parks, Tubman received the most votes.
A genuine American hero, she deserves the honor. As a young woman, she escaped the Maryland plantation that had enslaved her, and then made several trips back to assist others. Over a little more than a decade, she helped around 70 enslaved men and women find their way to freedom, traveling by night, using ingenious disguises and employing the hide-outs established by the Underground Railroad.
She became an outspoken advocate for abolition, and when the Civil War broke out, she worked first as a cook and a nurse, and later, as a scout and spy for the Union Army. After the war ended, she moved to a home she had purchased in upstate New York and campaigned for women’s suffrage.
Giving her prominence on the $20 bill forces the nation to acknowledge its original sin, slavery, as does demoting Jackson, a slave-owner. An accurate history further notes that the seventh president was notorious for his brutal treatment of native Americans, whom he forcibly removed from their lands. From now on, it will be difficult for history texts to ignore Tubman or to venerate Jackson.
Lew plans other changes, as well. A depiction of a 1913 march for women’s suffrage will be added to the back of the $10 bill, as will portraits of leaders of that movement. Images of Marian Anderson, Martin Luther King Jr. and Eleanor Roosevelt will be added to the back of the $5 bill.
That’s as it should be. The journey toward a more perfect union demands an acknowledgement of where we’ve been.