When a black man kills another

When a black man kills another 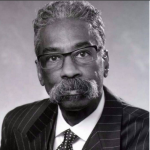 Barney Simms, a retired government bureaucrat and civic leader, was murdered at his Atlanta home on April 9, shot dead in his front yard, his car stolen. Police have arrested 17-year-old Eric Banks, who, like Simms, is black.
On the same day in New Orleans, retired NFL stand-out Will Smith was shot dead, apparently a victim of a dispute over a fender-bender. Cardell Hayes, a 28-year-old black man, has been charged with second-degree murder.
Most homicides are intra-racial; the vast majority of black murder victims are killed by black assailants, as the vast majority of white victims are killed by whites. But black Americans are peculiarly vulnerable.
Even as crime has fallen, the black homicide rate remains stubbornly high. For the year 2011, blacks represented 13 percent of the nation’s population, yet accounted for 50 percent of all homicide victims, according to “Black Homicide Victimization in the United States,” a report from the Violence Policy Center.
While the protestors of Black Lives Matter have justifiably focused on the egregious deaths of unarmed black men at the hands of white police officers, I long for a protest movement that shines the spotlight on black men and women who die at the hands of other black men and women. All black lives matter — whether snuffed out by violent police or by gangland thugs.
While criminal justice activists are properly enraged over the mass incarceration of black men, I hope for a movement that is also furious at the senseless violence that claims the lives of so many black men. Homicide remains the leading cause of death for black men between the ages of 15 and 34. Why doesn’t that deserve protests, marches, and demonstrations?
Yes, we ought to remember the names Eric Garner, Walter Scott and John Crawford III, all unarmed black men killed by police. And we ought also to remember the names Barney Simms, Will Smith and Tyshawn Lee, a 9-year-old black Chicago boy who was targeted for execution in gangland retribution for his father’s sins.
The awful reality of black-on-black violence is disconcerting, difficult to dissect and discuss — particularly in an era when activists highlight police brutality and mass incarceration. There has been a cognitive dissonance, as if we don’t have the political and intellectual bandwidth to comprehend intertwined evils: crime in black neighborhoods and racism in the criminal justice system.
Take the current carping over the 1994 crime bill, which was a centerpiece of President Bill Clinton’s first term. Presidential candidate Hillary Clinton and her husband have been chastised by black activists over the legislation, which critics say propelled the dramatic rise in black incarceration rates. Would that it were so simple.
If we claim that the crime bill was merely a racist reaction to the problems of poverty and drug addiction in black neighborhoods, we do a grave injustice to the black victims of a wave of violence that gripped the nation in the 1980s and 90s. Drug wars ripped apart urban neighborhoods, Jesse Jackson spoke of his fear of black crime and politicians peddled longer and longer prison sentences.
The crime bill, which funded a spate of state prison-building, no doubt had unintended consequences. (Criminologists say, though, that it had only a modest effect on incarceration rates.) But it dispensed funds for social programs, reined in violence against women and instituted the nation’s last major gun control law — a now-rescinded ban on assault weapons. Let’s not suggest that those latter programs were without merit.
Of course, we won’t overlook the bigotry that’s a continuing hallmark of the criminal justice system. In a newly-released report commissioned by Chicago Mayor Rahm Emanuel, the city’s police department is described as rife with racism. Black citizens accounted for a stunning 74 percent of the people shot by Chicago police between 2008 and 2015.
Surely, we can hold onto both these grim truths: Racist cops prey on black communities, and black criminals prey on black communities.
News reports about Barney Simm’s death note a final irony: He served as chairman of Atlanta Victim Assistance, an organization founded by a black mom whose teenaged son was killed by another black teen. Simms believed that all black lives matter.