The real war on Christmas

The real war on Christmas 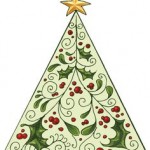 If you’re surprised, you shouldn’t be.
The West Virginia official who posted racist comments on Facebook in reference to First Lady Michelle Obama following Donald Trump’s election — “It will be so refreshing to have a classy, beautiful, dignified First Lady back in the White House. I’m tired of seeing a (sic) Ape in heels” — will soon be back at her job as director of the Clay County Development Corporation. Pamela Ramsey Taylor, whose agency provides services to low-income and elderly residents, was apparently never fired, merely suspended.
Clay Mayor Beverly Whaling did resign after she applauded Taylor’s remarks: “Just made my day Pam,” she commented. While both women gave less-than-convincing apologies, they insisted their comments were not racist.
If that isn’t racist, then racism simply doesn’t exist. Bigots have been smearing black people as gorillas or monkeys or apes for centuries, an obvious attempt to demean us as less than human. Pretending otherwise is to deny the nose on your face.
Donald Trump’s America, it seems, is a land of explicit bigotry, of a political incorrectness that looks a lot like racial prejudice, of a white supremacy bursting out of its confines in the civic attic. Trump’s America is also a land of whiplash-inducing contradictions, of a cognitive dissonance that should cause brain bleeds.
Trump’s supporters, after all, include the pious folks who spend the Christmas season lamenting a “War on Christmas” and insisting that secular elites are ruining it with their greetings of “Happy Holidays.” As Trump himself said at a Michigan victory rally earlier this month, “We’re going to start saying ‘Merry Christmas!’ again.”
But what could be less in keeping with the spirit of Christmas — its character of generosity, of love, of all-encompassing humanity — than the narrow-mindedness and contempt for the first lady shown by Taylor and her ilk? Who is really making war on Christmas?
What, as just one more example, is going on with students of Warrensburg (Missouri) High School, who turned their backs on visiting basketball team members, who happened to all be black, as they were being introduced before a game?
It seems that the unsportsmanlike tradition of greeting the opposing team with backs turned is an old one, but one student decided to add an extra touch just in case the additional message they were conveying was lost: He hoisted aloft a Trump-Pence sign.
Don’t worry. We get it. Since the election, a number of Trump’s supporters have giddily let loose with racist rhetoric directed at people of color. Not only have black and Latino Americans been the targets of hateful tirades from whites who invoke Trump’s name, but so have many Muslims. The incidents have been too numerous to catalog here, but suffice it to say the intent is clear: To revel in an atmosphere that allows bigots to say out loud what they’ve been thinking for so long.
I’ve been waiting for a chorus of conservative Christian clergy to denounce these verbal (and occasionally physical) assaults as out of keeping with the meaning of Christmas and its message of “good will to all men (and women).” Apparently, though, they’d rather aim their ire at Starbucks for its holiday cups that omit the word “Christmas.”
Then there is the inimitable Jerry Falwell Jr., bulwark of the Christian far-right and president of the ultra-conservative Liberty University, which was founded by his father. He has proudly announced that the school will open a state-of-the-art gun range next fall — a popular addition because so many students are ardent advocates of the Second Amendment, he said.
That sent me to once again scour the Gospels, looking for those passages where Jesus promoted violence, championed weaponry or defended warfare. You might find this hard to believe, but I couldn’t find a single utterance to that effect. There was a lot of stuff about peace, love, mercy and forgiveness. Much about “turning the other cheek.” Much about loving your enemies.
So it turns out that there is a War on Christmas going on. But the shooting didn’t start with the phrase “winter holidays.”
.