US sets a bad example

US sets a bad example 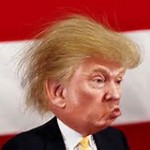 Peace on earth? Good will to all men?
Hardly. The latest terrorist attack in Germany has added a cruel exclamation point to a holiday season already punctuated by unspeakable assaults on the very idea of humanity. The so-called Islamic State has claimed credit for the Berlin atrocity, in which a tractor-trailer truck intentionally plowed into a popular outdoor Christmas market, killing at least 12 people and injuring dozens more.
Meanwhile, in Syria, President-elect Donald Trump’s new ally, Vladimir Putin, has aided dictator Bashar al-Assad’s decimation of the city of Aleppo. While thousands of battered civilians have been allowed to leave in the last several days, hundreds had already been killed by an alliance of Syrian, Iranian and Russian forces, according to human rights groups. (Yes, Putin has long been an ally of Iran, a country the United States considers one of its most worrisome antagonists. That adds to the irony of Trump’s association with Putin.)
There is little that we can do to quell the bitter hostilities between rival Muslim groups, Sunni and Shi’a, that date back thousands of years or to stop the conflagration that threatens the stability of the entire Middle East. President George W. Bush’s invasion of Iraq only made matters worse, setting up the conditions that led to ISIS.
But the United States, which proudly declares itself the leader of the free world, should certainly not be aiding the forces of darkness. Not only has Trump allied himself with Putin, but he has basked in an anti-Islamic bigotry that adds fuel to the fires of a clash of civilizations.
After the Berlin attack, the president-elect boastfully referred to his campaign pledge to ban all Muslims from entering the country: “You know my plans. All along, I’ve been proven to be right. One hundred percent correct.”
Actually, that’s one hundred percent wrong. It’s a violation of the spirit of the Founding Fathers, who proposed a pluralistic republic free of the religious wars that had burned through Western Europe. Further, it aids ISIS, who can point to Trump’s ban as proof that the United States is waging war on Islam. It’s a potent recruiting tool for jihadists.
At its heart, ISIS’ ideology is a war on modernity — a vicious and nihilist battle against religious pluralism, liberal democracy and women’s rights. In response, the United States ought to be doing everything possible to shore up the very values that ISIS hates.
Trump is doing just the opposite. He is waging his own non-violent but nevertheless destructive battle against religious pluralism, liberal democracy and women’s rights.
While his misogyny is by now well known, Trump’s assaults on the institutions that underlie liberal democracy may do more lasting damage. He lies repeatedly about democratic processes, insisting, for example, that the last presidential election was marked by massive voter fraud. It was not. That bold fabrication was apparently meant to explain away his significant loss of the popular vote.
He seems to have backed away from his pledge, made during a debate, to send Hillary Clinton to jail — the sort of move that is popular among third-world dictators. But he is prickly enough and unpredictable enough to use the powers of his office to silence his rivals.
He shuns the advice of experts such as the intelligence advisers who ought to be giving him daily briefings, if he would accept them. Indeed, he is assembling a cabinet full of leaders who are either ignorant of the offices they should lead (Ben Carson as secretary of Housing and Urban Development) or hostile to them (Rick Perry for Energy).
Trump blasts the mainstream news media, a fundamental institution in a free state, as rigged against him, and he will likely undermine their functions. And, despite his pledge to “drain the swamp” in Washington of influence-peddlers, he seems to be building a corrupt kleptocracy, allowing his adult children to use the Oval Office to assist his business interests.
The United States has stood as a beacon to the world — a “shining city on a hill” — because of the values we represent. Trump’s autocratic and ethnocentric views are the antithesis of what this great nation has stood for. He is a better friend to ISIS than he knows.