Did Trump conspire with Russia?

Did Trump conspire with Russia? 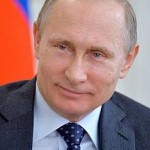 President Donald J. Trump has repeatedly claimed that Hillary Clinton’s supporters committed massive voter fraud and that he would have won the popular vote, in addition to the Electoral College, if there had not been a well-organized campaign to cast illegal ballots. That’s a lie. There is not one scintilla of evidence to suggest that Clinton’s popular vote victory — she garnered nearly three million more votes nationwide than Trump — was the result of illicit activity.
As usual, Trump has turned the truth on its head. Any illegal activity associated with the last presidential election was committed by the foreign power with which Trump is so peculiarly aligned: Russia. Here’s what is true: A well-organized and illicit offensive to influence the election did take place, and Trump was its beneficiary.
This may easily be the worst scandal in American political history, and it demands the appointment of a special prosecutor. The involvement of a foreign power in a presidential election — perhaps with the complicity of American citizens — is deeply disturbing and clearly dangerous, a threat to the republic. It is certainly far worse than anything Bill Clinton did with Monica Lewinsky.
Yet, leading Republicans who have previously been skeptical of Russia and critical of its authoritarian leader, Vladimir Putin, see nothing amiss. While a few, such as Arizona Sen. John McCain, have called for an aggressive investigation of Russian interference in the election, most are minimizing it. Indeed, on Thursday, (March 2),U.S. Rep. Devin Nunes, (R-Calif.), chairman of the House Select Committee on Intelligence, issued a not-so-veiled threat to reporters who insisted on asking questions: “Do you want us to conduct an investigation on you or other Americans because you were talking to the Russian embassy?”
Then there is Attorney General Jeff Sessions, who has sold himself to the public as a stickler for the letter of the law. He lied to Congress about his contacts with the Russian ambassador during the campaign, when he was already acting as a Trump surrogate. That should not only disqualify him from overseeing an investigation into Russian involvement in the election, but it should also force him from office.
Certainly, we are in a hyper-partisan age. But does that mean partisans set aside every principle they ever held dear and watch democratic norms destroyed just to protect a president from their party? Are institutional checks and balances meaningless?
Denials notwithstanding, it is apparent that Putin, a ruthless dictator who should be considered an enemy of American interests, approved a shrewd cyber campaign that leaked private emails and documents linked to Clinton, dribbling them out so that they dominated several news cycles. While the revelations were hardly damning, they were controversial enough to suck the oxygen out of Clinton’s efforts to convey an effective message. In other words, Clinton had difficulty getting reporters to talk about her plans for, say, a higher minimum wage when they were breathlessly discussing infighting among Clinton’s aides.
And there are strong intimations that Putin’s government did not act in a vacuum. While we don’t yet know whether there was coordination between Trump’s campaign and the Russians — that’s why a special prosecutor is necessary — it looks as though several of Trump’s allies and campaign surrogates met with Russians here and abroad. (That is odd enough to raise several bright red flags.)
According to The New York Times, U.S. intelligence agencies have amassed reams of evidence documenting those contacts. The Times says the Obama administration worked hard to get that evidence compiled before Trump’s inauguration, fearing that his administration might try to hide or destroy it.
Already, one Trump aide, former national security adviser Michael Flynn, has been forced to resign because he lied about possibly illicit conversations with Russian officials. It’s no telling how many of Trump’s aides were ultimately involved or how close to treason they went.
We will find out sooner or later. This is such a grotesque and wide-ranging perversion of democratic principles and basic national security standards that journalists will continue to ask probing questions and intelligence operatives will continue to leak what they know.
The only question is whether the United States, as we know it, will still be standing when all is revealed.