Another police shooting, another dead kid

Another police shooting, another dead kid 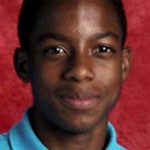 The latest tragic shooting of an unarmed black man — a child, really — occurred in a suburb of Dallas, Texas called Balch Springs. On Saturday night, April 29, as four teenagers were driving away from a house party, an overzealous police officer fired into the car, hitting 15-year-old Jordan Edwards in the head.
The location changes, but the basic details do not: a white officer, perhaps brimful of implicit biases about the criminality of black people, fires on an unarmed citizen, killing him. The officer claims that the shooting was justified because his life was in danger. The video contradicts that scenario.
In this case, mercifully, police officials fired Officer Roy Oliver after they saw the images for themselves. They had initially claimed that the car carrying four teenagers was backing up toward Oliver “in an aggressive manner.”
In fact, video footage shows, the car was moving forward, away from Oliver, when he fired with an AR-15 rifle. While he has not yet been charged, two Dallas County agencies, the sheriff’s department and the district attorney’s office, are investigating.
Wearable cameras and ubiquitous cell phones have changed the dynamics that surround police violence. Indisputable video evidence helps white Americans — if they are willing to wrestle with the issue, to be honest with themselves, to struggle with the contours of clear racism — to understand the profound grief of black parents, the fears of young black men, the anger of black activists.
Yet, some are not willing to see what is plainly before them. There are still many white Americans who refuse to acknowledge the bigotry that stalks the criminal justice system. No matter how many times they see unambiguous proof of white officers abusing black citizens, they are able to persuade themselves that the victim is at fault.
That helps to explain why a South Carolina jury failed to convict former North Charleston police officer Michael Slager of murder charges in the 2015 shooting of Walter Scott, whom Slager stopped for a routine traffic violation. Video shows Scott, who was unarmed, running away as Slager fires several times, striking Scott in the back. But the jury was unable to reach a verdict.
Just days ago, Slager pled guilty to a lesser federal charge of violating Scott’s civil rights. In return, the state of South Carolina agreed not to re-try him on the murder charge.
But even those lesser sanctions are unlikely in a Justice Department run by Attorney General Jeff Sessions. He is among those who does not want to wrestle with the ugly reality of racism; he has made it clear that Americans of color cannot look to the Department of Justice for protection from those powerful forces who would deny basic rights to minority groups. In other words, he will not be dispensing justice.
In February, Sessions gave a speech in which he said that the Justice Department would stop monitoring troubled police departments, a tactic that the Obama administration had used to curb police misconduct, because such oversight might make cops less, ah, effective.
“We need, so far as we can, in my view, (to) help police departments get better, not diminish their effectiveness,” he said. “And I’m afraid we’ve done some of that. So we’re going to try to pull back on this, and I don’t think it’s wrong or mean or insensitive to civil rights or human rights.”
No, let’s not use the words “mean” or “insensitive.” Let’s call this what it is: cruel, wrongheaded, racist. Giving police officers free rein to execute innocent civilians will not only fail to stop crime, it’s likely to exacerbate it. Why would law-abiding citizens cooperate with a force that might turn on them and their sons?
The Obama administration’s Justice Department had started a long and painful course correction for police departments steeped in generations of bigotry and corrosive stereotypes about black men. But the new attorney general just reversed direction. He thinks an unjust criminal justice system is perfectly American.