The real fraud in voter fraud

The real fraud in voter fraud 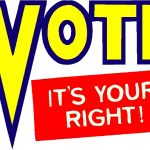 President Donald J. Trump is right about this much: The vital democratic process of voting has been overwhelmed by fraud, beset by scams, hobbled by duplicity. But the president is quite wrong about the origin of the misdeeds.
The chicanery that has corrupted the ballot cannot be traced to undocumented immigrants who show up to vote illegally or elderly black people who cannot produce birth certificates. Actually, the integrity of the franchise is threatened by Trump himself, with ample help from his allies — here and abroad.
In his latest attack on the ballot, Trump has appointed a so-called Presidential Advisory Commission on Election Integrity, mostly a claque of Trump cheerleaders whose job is to pretend that massive voter fraud prevented Trump from winning the popular vote. Inevitably, that lie will lead to recommendations that will lop thousands of Democratic-leaning voters off the rolls. Such tactics have been employed by Republicans for decades.
But the president’s charge of fraud is so transparent a falsehood that the commission is having trouble getting the voter information it seeks — even from Republican officials. Mississippi Secretary of State Delbert Hosemann, a Republican, responded to the request for private information on his state’s voters this way: “They can go jump in the Gulf of Mexico, and Mississippi is a great state to launch from.”
Don’t expect Trump to be deterred. A narcissist with the most fragile of egos, the president is haunted by the fact that his Democratic rival, Hillary Clinton, won nearly three million more votes than he did. He has responded to that fact of basic mathematics with an outsized bit of mendacity: the claim that those votes were cast illegally.
There is not a shred of truth to the charge. Only in a Hollywood B-level thriller would that sort of scheme even be possible. It would require the quiet collusion of millions of people — including Republican secretaries of state and election-watchers. No matter how many such conspiracies you see on TV, here’s a fundamental truth: Journalists are successful at digging up secrets because human beings are so bad at keeping them. (See Trump White House and leaks.)
Trump probably appointed the commission only because his antagonists kept asking him when he would start an investigation into the massive voter fraud that he has complained about since the election ended. But his minions see the ruse as a means to an end: They can use it to recommend still more rules and regulations — restricted forms of identification, no restoration of voting rights for felons — that will make it more difficult for certain blocs of voters to cast ballots.
To make sure the commission heads in the direction he wants, Trump has appointed old hands at voter suppression. There’s the notorious Hans von Spakovsky, who has been at this game for years. As a Republican official in Georgia in the late 1990s, he was an early champion of the voter ID laws that have disproportionately affected poor and black voters. He took that experience to the Justice Department under George W. Bush, where he raised voter suppression to an art form.
Trump’s “voter integrity” commission is headed by Kansas Secretary of State Kris Kobach, who is also infamous for his efforts to block the ballot from groups who were historically disenfranchised. He has already been challenged and defeated in court multiple times for his shameful tactics.
Here’s what you are unlikely to see from Trump’s commission: Any effort to stop the sort of interference that Russia used to great advantage in 2016. According to The Washington Post, which has sources among national intelligence officials, Russian strongman Vladimir Putin ordered his minions to hack Democratic and Republican campaign computers to help Trump get elected. They also tried to hack voting machines, the Post has reported.
If Trump were genuinely concerned about protecting one of the most sacred rights of our democracy, he’d see to it that states get the money they need to upgrade voting machines with top-notch security software. But that’s unlikely to happen.
Instead, his “voter integrity” commission will probably focus on protecting Trump from this truth: Most Americans did not vote for him.