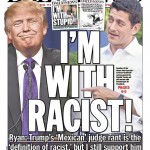 Every week, it seems, a new poll shows President Donald Trump’s approval rating sliding further into uncharted lows, as the leader of the free world alienates allies, goads adversaries and challenges friends. Political commentators point out that no president in modern history has had approval ratings as low as Trump’s so early in his tenure. According to a CNN survey conducted in August, only 38 percent of voters approve of Trump’s performance.
Moreover, Republican leaders in Congress have turned their backs on him, openly defying his wishes and publicly criticizing his actions. The U.S. Senate overwhelmingly passed a package of sanctions against Russia that the president didn’t want, and GOP stalwarts made it clear that they would brook no effort to replace Attorney General Jeff Sessions, despite Trump’s taunts of Sessions on Twitter.
Does that mean Trump’s presidency is collapsing after less than a year?
Not so fast. You’d never know the man is in trouble to witness a race in Alabama for the GOP nomination to the U.S. Senate, where the leading candidates are vying to see who can most tightly tie himself to Trump’s ankle. A few days ago, the incumbent, Luther Strange, won Trump’s endorsement. That may be enough for him to secure the nomination on Tuesday (August 22) without a runoff, despite a crowded field.
Strange, who was appointed to fill the seat vacated by Jeff Sessions when he became attorney general, has declared that he will “ fight for President Trump’s agenda every day.” Strange says he will take federal funds away from so-called sanctuary cities and use it, instead, to build Trump’s promised wall along the southern border.
(Strange also says that he’s “working with President Trump to drain the swamp” — Washington-ese for cleaning up corruption. That’s rich, since Strange’s ascension to the U.S. Senate has a strong whiff of corruption about it. As Alabama’s attorney general, Strange was supposed to investigate the misdeeds of then-Gov. Robert Bentley, who was accused of misusing his office to cover up a romantic liason with a staffer. Instead, Bentley appointed Strange to Sessions’ old seat, which strongly suggests an unethical backroom deal.)
Another candidate for the GOP Senate nomination is Mo Brooks, a Congressman from the northern part of the state. Once upon a time, way back in early 2016, Brooks told MSNBC, “I think what you are going to see 12 to 18 months from now is that a lot of people who have supported Donald Trump, they are going to regret having done so.”
But Brooks is apparently the one with regrets. He has spent this campaign running from those remarks, claiming, instead, to “support President Trump’s ‘America First’ agenda.’ Like Strange, Brooks is now zealous in his support of the president’s xenophobic immigration policies, pledging to “fight every spending bill that doesn’t fund that wall.”
(A third top-tier candidate, ultra-conservative religious fanatic Roy Moore, who has been put off the Alabama Supreme Court twice for failing to adhere to the dictates of the U.S. Constitution, hasn’t associated himself as closely with Trump. Moore has a natural base of like-minded zealots.)
Here in the Deep South, the president is revered by many. This is indisputably TrumpLand, a part of the world where enthusiasm for the president approaches the feverish adoration reserved for cult leaders, where supporters cheer his every bombastic pronouncement and dismiss any evidence of scandal or malfeasance. In August 2015, Trump filled a Mobile, Ala. football stadium with 30,000 cheering supporters.
It would be wrong, though, to dismiss this as one more strange feature of Southern culture, one more indication of an odd land that never fully re-integrated after the Civil War. In fact, Republicans across the land are still solidly behind Trump; according to the latest CNN poll, 83 percent of Republicans approve of the job he’s doing, with 59 percent approving strongly.
Over the last several decades, the GOP has become increasingly flavored by the politics of the eleven states of the Old Confederacy — resentment of cultural change, suspicion of science, hostility toward the federal government. Trump didn’t create those resentments; he merely rode them to election.
And those resentments will linger long after he is gone.