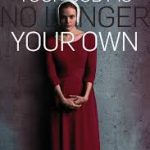 Margaret Atwood’s 1985 novel fantasizing a theocratic coup in the United States, “The Handmaid’s Tale,” is enjoying a resurgence in popularity. The book rocketed to the top of bestseller lists shortly after the inauguration of President Donald J. Trump, and last spring, Hulu, the streaming service, launched a 10-episode adaptation.
Like George Orwell’s “1984,” Atwood’s chilling dystopia is newly relevant in a strange era of autocratic impulses and retrogressive policies. Now that Trump has rescinded another key benefit of Obamacare, the requirement that companies provide health insurance that guarantees birth control for their employees, a future in which fertile young women are enslaved as reproductive vessels seems less outlandish.
You can search from one corner of this great land to the other — from west to east, north to south, rural to suburban to urban — and never find a broad constituency for this policy, which means that millions of women may now have to pay out-of-pocket for birth control. Trump’s base of working-class whites hasn’t demanded this. Nor have his natural allies among the one-percent.
Instead, this policy, which Trump claims protects religious freedom, represents a triumph for a tiny minority of ultra-conservatives for whom rolling back abortion rights simply isn’t enough. They want to end a progressive era in which women have been able to control their reproduction.
While it’s true that there are among the nation’s religious institutions groups that oppose birth control — notably the Roman Catholic Church — Obamacare had already carved out an exemption for churches and religious orders. Furthermore, President Barack Obama responded to a lawsuit by Hobby Lobby, a company owned by an ultra-conservative family, by cobbling together a work-around that gave its employees access to contraception without the involvement of the company. It was a compromise approved by the U.S. Supreme Court.
But that wasn’t good enough for a tiny group of theocrats. They want to roll back modernity, and that means restricting women’s ability to control their own bodies. After all, there have been few developments over the last hundred years that are more momentous than the advent of reliable, easy-to-use contraceptives. The pill and its sister products have given women the power to plan their families, to decide when (or whether) they would have children. Without that, the women’s movement — and an era of female executives and astronauts, generals and senators — would hardly have been possible.
Religious conservatives have long equated the termination of a pregnancy with murder, and their claim of defending unborn children has been accepted in the public commons as a deeply-held moral principle, even by many of us on the other side of the debate. That’s why so many advocates for reproductive rights have tried to enlist anti-abortionists in a joint effort to support broad access to contraceptives. What better way to curb the abortion rate?
But the Trump administration gave away its blind allegiance to ultra-conservative nonsense in its order. It spent several pages challenging the obvious truth that contraceptives prevent unwanted pregnancies, claiming that “the rates of, and reasons for, unintended pregnancy are notoriously difficult to measure.”
That’s just false. Reams of studies, including a 2011 study by the National Academies of Sciences, Engineering and Medicine, have documented the link between reliable contraceptives and lower rates of unintended pregnancy, in much the same way that reams of studies have linked use of seat belts with fewer automobile fatalities. Or vaccinations with lower childhood mortality. Or regular dental hygiene with less tooth decay.
The Trump administration’s pronouncements about contraceptives were also brimming over with condescension and hypocrisy. “There are multiple federal, state, and local programs that provide free or subsidized contraceptives for low-income women,” it said. Well, there are a few, such as Planned Parenthood, but they are also under attack by the Trump administration and its allies. And Trump is dismissive of the cost — “many forms of contraception are available for around $50 per month” — in a way that underscores his ultra-rich sensibilities.
This isn’t the most damaging thing Trump has done to the body politic, nor is it the most costly rollback of progressive policies. But it may be the clearest indication of the misogyny that has found its way into the White House.