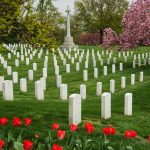 For twelve days after four U.S. Special Forces soldiers were ambushed in Niger, President Donald Trump said nothing publicly about their deaths. He didn’t mention their bravery. He didn’t acknowledge their sacrifice. He didn’t allude to the deadliest combat episode of his presidency.
However, he did find the time to continue his tirade against professional football players who dare to kneel during the national anthem. Indeed, before Trump said a word publicly about the Niger incident, he devoted some effort to stage-managing a theatrical protest by Vice President Mike Pence, who walked out of a game between the Indiana Colts and the San Francisco 49ers after several players took a knee. Those players, the president has proclaimed, are disrespecting the Stars and Stripes and the U.S. Armed Forces.
After several months of Trump’s presidency, that sort of hypocrisy and mendacity are no surprise. The president has no use for or understanding of genuine patriotism. He uses emotionally-charged and racially divisive issues such as the National Football League protests as a way to rally his base of conservative whites.
The patriots among us are those who have resisted Trump’s attempts to circumvent the U.S. Constitution, to censure free speech, to abuse the powers of his office and to divide the nation along racial and religious lines. The few Republicans who have done so deserve particular attention because they have placed nation over party and public service over popularity.
One example is former President George W. Bush, who has taken up his post-presidency with dignity and grace. In a speech this week (Oct. 19), he delivered a stunning takedown of Trumpism, without ever mentioning the president by name.
“We’ve seen nationalism distorted into nativism – forgotten the dynamism that immigration has always brought to America,” he said. “. . .People of every race, religion, and ethnicity can be fully and equally American. . . . Bigotry or white supremacy in any form is blasphemy against the American creed.”
Then there is Sen. John McCain, Republican of Arizona. McCain has stood valiantly in the breach, refusing to kowtow to a petulant narcissist.
Awarded the National Constitution Center’s Liberty Medal recently, he, too, delivered a sharp rebuke of Trump’s vision.
“To refuse the obligations of international leadership and our duty to remain ‘the last best hope of earth’ for the sake of some half-baked, spurious nationalism cooked up by people who would rather find scapegoats than solve problems is as unpatriotic as an attachment to any other tired dogma of the past that Americans consigned to the ash heap of history,” McCain said.
The president and McCain have been at odds since the
campaign, when then-candidate Trump was infamously dismissive of the senator’s war record. “He’s not a war hero. … I like people who weren’t captured.” In fact, McCain withstood brutal torture; he refused early release because his fellow American captives were not to be released with him.
And what was our faux patriot Trump doing during the war in Vietnam? He received five deferments, four for college and the fifth because he allegedly had bone spurs in his heels.
And Trump’s hypocrisy goes far beyond his feet. Disregarding the Bill of Rights, he has demanded that the NFL fire players who refuse to stand for the national anthem, and he has suggested that he would revoke NBC’s right to broadcast because he doesn’t like news reports that scrutinize his actions. During the campaign, he said he would jail his rival, Hillary Clinton — a tactic employed by despots in banana republics. He is contemptuous of the nation’s traditions, ideals and values.
And let’s not forget the callousness Trump showed in a telephone conversation with Myeshia Johnson, pregnant widow of Staff Sgt. La David Johnson, who died in Niger along with Staff Sgts. Bryan Black, Jeremiah Johnson and Dustin Wright. Trump has denied reports of his insensitivity, but the accounts provided by others sound true to form: “He knew what he was getting into when he signed up, but I guess it hurts anyway,” the president allegedly said.
Actually, it seems perfectly in keeping with the rest of his behavior that Trump could not muster any genuine sympathy or compassion for the soldiers who just gave their lives. He has no respect for what they died to defend.