How Russia invaded the US

How Russia invaded the US 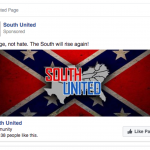 Earlier this week, an Uzbek national named Sayfullo Saipov, apparently unhappy with his life here and radicalized by watching ISIS videos, allegedly plowed a rental truck into a busy bike path in Manhattan, mowing down as many cyclists and pedestrians as he could, killing eight and injuring at least a dozen more. That’s the sort of terrorist atrocity that seeds fear, nourishes paranoia and eats away at our sense of security. It leaves us, once again, shaken.
But the Manhattan attack isn’t the scariest assault on America that has been in the news of late. The more dangerous — though not immediately deadly — attack started a few years ago and continues; it’s the stealthy propaganda campaign mounted by Russian operatives intent on influencing our presidential politics and sowing division among our citizens.
Yes, Saipov, if he is guilty, took the lives of eight people, six of whom were, ironically, visitors from other countries; that is a devastating loss that must not be minimized. Nor should his success in fostering terror through a high-visibility assault be discounted. That’s the purpose of such atrocities.
And, yes, it’s likely that there are more Saipovs among us, hiding among law-abiding and patriotic Muslims, subverting Islam into a violent jihadist movement, disguising their personal demons as a religious crusade. Those jihadis are so frightening because they pretend to be ordinary immigrants pursuing the American dream; we can’t see them coming.
Still, the driver of a rented Home Depot truck didn’t interfere in an American election, perhaps influencing the outcome. He doesn’t represent a powerful foreign government that wants to undermine the United States. He doesn’t have the cunning to use our history against us, re-igniting old controversies, plucking the scabs off old wounds, agitating the ever-present anxieties of race and religion.
Increased scrutiny of popular American social media platforms — Facebook, Twitter, Instagram, YouTube and even Pinterest — has revealed that’s just what Russian operatives did. They created fake Facebook groups with names such as “Heart of Texas.” They bought online ads that mimicked those purchased by legitimate political actors. They drummed up controversies with false claims about immigrants. They spread vicious lies about Hillary Clinton to damage her campaign and boost that of her rival, Donald J. Trump.
And they didn’t just target voters on the conservative side of the political spectrum. Russian operatives made a play on the progressive side, too, creating fake Facebook groups that purported an interest in such issues as police violence and civil rights. The Russian-backed campaign was surprisingly sophisticated. While jihadis study ISIS videos, Russian-backed propagandists study American political psychology, learning how to best influence voters with their fabrications.
They understand the culture of American news media, as well. Russian operatives were clearly behind the hacks of the Democratic National Committee. The U.S. Justice Department has evidence implicating six Russian officials in the theft of DNC emails, which were fed to U.S. news outlets. Those reports were not stunning or incendiary, but they did dominate several news cycles with petty infighting among party members — further damaging Clinton’s campaign.
This propaganda effort is part of Russian strongman Vladimir Putin’s cyber warfare against the United States, which he doesn’t intend to conquer as much as to de-stabilize. While we are busy fighting among ourselves — struggling with the animosities generated by an incompetent and possibly corrupt president, re-igniting racial conflicts, tearing down civic institutions — Putin is free to pillage Eastern Europe.
He’s also free to build his influence throughout the world. Putin is spending billions to buy friends in China, South America and Africa while Trump and Secretary of State Rex Tillerson hollow-out the State Department and alienate our allies.
And the cyber war continues. Russians operatives are likely still creating fake news reports and ginning up faux controversies using social media, even as technology giants such as Facebook promise to crack down on foreign agents. Islamist terrorists have invaded our public spaces, from nightclubs to road races to bike trails. But we have invited the Russians into our homes and our heads.