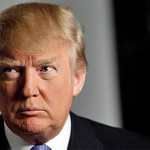 In the waning days of the 2016 presidential election, worried political prognosticators, including more than a few moderate Republicans, papered over their fears about the possible victory of Donald J. Trump with reminders of the constitutional balance of power. An independent judiciary and a strong-minded Congress would prevent a President Trump from doing serious harm to the republic, they said.
Even then, those assurances seemed weak. Now, as Trump — with the assistance of a Republican Congress — proceeds to rip apart the social fabric, blow up traditional democratic norms and overturn longstanding foreign policy practices, those assertions seem laughable. The Trump presidency is destroying the nation and threatening the globe.
If that seems a bit hyperbolic, consider the warning that former President Barack Obama issued during an appearance a few days ago. “We have to tend to this garden of democracy or else things could fall apart quickly,” Obama said. “That’s what happened in Germany in the 1930s which . . .Adolph Hitler rose to dominate.”
Trump has put us on just such a path. He was elected with the enthusiastic support of the white working-class, voters who believe that they’ve been aced out of their fair share of the economic spoils by illegal immigrants and undeserving black folk. But those working-class voters will be even worse off by the time the Trump presidency ends. And they are likely to find convenient scapegoats to blame, just as the Germans did for their economic woes.
Take a look at the tax plan that the GOP is rushing through Congress. In an era when one of the nation’s greatest problems is the wealth gap, these tax cuts will put income inequality on steroids. According to the Brookings Institution’s nonpartisan tax experts, the House plan would confer 80 percent of its benefits — 80 percent! — on the richest one-percent of households. And the Senate’s plan is little better.
Conservative cheerleaders keep repeating the myth that cutting taxes will lead to a stronger economy as companies put more people to work. Last month, Treasury Secretary Steve Mnuchin told CNN that “we believe there will be $2.5 trillion of growth.” But Santa Claus and the Tooth Fairy are more believable.
According to the Joint Committee on Taxation, the tax cuts will add one trillion dollars to the deficit over the next decade. And when that hole gets big enough, Republicans will start clamoring to cut Medicare and Social Security, the safety net programs which assure a comfortable old age for average Americans.
House Speaker Paul Ryan has already said so. On a radio talk show earlier this week, he said, “We’re going to have to get back next year at entitlement reform, which is how you tackle the debt and the deficit.” In other words, Ryan proposes paying for the massive tax cuts he is giving to the super-wealthy by robbing middle class Americans of benefits they rely on.
Economic malpractice is just part of the story of the Trump presidency. The 45th president is also eroding the rule of law. Now that some of Trump’s closest former advisers are apparently cooperating with an investigation into possible campaign collusion with Russia, Trump’s attorneys have stopped claiming the investigation is “fake news.” Now, they are claiming that even if Robert Mueller finds evidence of collusion, Trump didn’t break any laws.
According to New Yorker writer Jeffrey Toobin, Trump attorney Jay Sekulow told him: “For something to be a crime, there has to be a statute that you claim is being violated. There is not a statute that refers to criminal collusion. There is no crime of collusion.”
That is, quite frankly, astounding. (The crime, by the way, would be treason, but that’s for another column.) This democratic republic is based on the notion that no person — and no president — is above the law. Richard Nixon would blush at the way that Trump has subverted constitutional norms.
And Trump is doing all that without much resistance from that Congress that was supposed to restrain him. Pardon my pessimism, but this democratic republic is looking pretty fragile at the moment.