The fake ‘war on Christmas’

The fake ‘war on Christmas’ 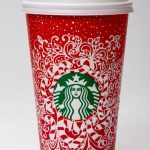 For years, former Fox News host Bill O’Reilly railed against the predations of liberal heathens who were supposedly out to destroy the religious significance of the Christmas season. He aimed his umbrage at stores where clerks allegedly refused to say “Merry Christmas” and public school districts that insisted on proclaiming a “winter holiday” rather than a Christmas vacation.
But by the time he was forced off the air, O’Reilly had declared Christmas saved, thanks to his efforts. Never mind that plenty of merchants still prefer “happy holidays.” O’Reilly’s crusade had served its purpose, which was to create more paranoia in his viewers, who believe that their culture, including their religious traditions, are under siege.
Indeed, the “war on Christmas” was so effective as a wedge issue that it couldn’t be abandoned. As a candidate for president, Donald Trump picked it up as a surefire way to endear himself to religious conservatives. In 2015, he promised, “If I become president, we’re going to be saying Merry Christmas at every store.”
He returned to that war wagon in October, when he spoke at the Values Voters Summit. “Guess what?” he asked. “We’re saying ‘Merry Christmas’ again.”
This ginned up controversy over “Merry Christmas” has always been an odd crusade, a strange campaign in which to invest so much energy and effort. The irony is that the salutation “Merry Christmas” has precious little to do with any sincere belief in the birth of a Messiah. Many of the symbols and traditions that we observe during our extended winter holiday have nothing to do with the inspiring tale that animates the New Testament.
Still, Trump’s elevation of the ‘war on Christmas” is illuminating. It serves as a vivid reminder of the many ways in which cultural conservatives have distorted Christianity to suit their own ends. Theirs is a narrow and exclusive religion, the antithesis of the open and welcoming doctrine espoused by the son of a carpenter born in Bethlehem.
While ultra-conservative Christians claim a moral superiority, their modern political movement grew out of a racially-charged imperative. The late Jerry Falwell liked to recast history, to claim that he founded the Moral Majority to challenge Roe vs. Wade, the 1973 U.S. Supreme Court ruling that legalized abortion. But the Moral Majority was founded six full years after Roe.
Falwell and his associates started the organization after federal judges ruled that private schools that refused to admit students of color could not employ the tax exemptions that other non-profits use. Segregation academies throughout the South, including Bob Jones University, run by a Falwell ally, were incensed. (Founder Bob Jones claimed that segregation was mandated by the Bible.)
In the decades that followed, ultra-conservative evangelists began to emphasize their opposition to abortion, and that became one of their signature issues. They made common cause with the Republican Party and provided its politicians with a reliable bloc of voters.
But if you look closely at the conservative Christian movement, you’ll see that it was, even then, largely a white nationalist revolt. Its political outreach tended to pander to those white voters who were unhappy with the changes wrought by the civil rights movement. Its theological doctrine was devoted to ending abortion, but it offered little solace (or practical help) to impoverished children after birth. In fact, conservative evangelists were often in lockstep with conservative politicians who wanted to end welfare and scrap Medicaid — programs that help the poor.
In public life, ultra-conservative Christianity was represented by people such as the discredited Roy Moore, who just lost a race for the U.S. Senate from Alabama. Despite credible accusations of pedophilia, Moore drew the support of 80 percent of the white voters who self-identified as evangelical or born-again Christians, according to exit polls.
And they will continue to fall in line behind Trump, a hedonist who admitted to sexually molesting women. All he has to do is declare that he is protecting “Merry Christmas” — a phrase which appears nowhere in the Bible.
Conservative Christianity has turned the New Testament upside down. Its adherents don’t exactly practice ‘goodwill to all mankind.”