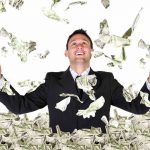 In 1909, President William Howard Taft, a Republican, proposed an income tax on corporations. Such a tax required the passage of the 16th Amendment to the U.S. Constitution, and when the amendment gained the required state support, a permanent federal income tax was born.
It’s nigh impossible to imagine a sitting Republican president mounting such a campaign now. The 21st-century Republican Party is a wholly-owned subsidiary of Koch Industries, the empire of the insanely rich and ultra-conservative Koch brothers. In its current iteration, the party’s only permanent principle is to cut taxes for the nation’s one-percenters. Its elected representatives seem to believe that those who have profited most from America’s favorable economic environment, including President Donald J. Trump, have the least responsibility to maintain and nurture it.
That’s an assault on longstanding American traditions, an attack on the vaunted ideal of equal opportunity, an explosive device aimed at the middle-class. It’s also a sure-fire recipe for the decline of the GOP, if this week’s (Tuesday, Nov. 7) election results are any indication. Trump’s low approval ratings clearly helped defeat Republican candidates around the country. The idea of lowering taxes on the filthy rich — very unpopular among voters, including those who identify as Republicans, according to polls — is unlikely to help GOP candidates do much better in next year’s midterm Congressional elections.
Many economists believe that the growing problem of income inequality has been made worse by tax policy that favors the wealthy. (As just one example, working-class men and women pay a heftier portion of their incomes in Social Security taxes than do more affluent workers.) The Republicans’ tax plans — the House and Senate have slightly different versions — would so tilt the playing field toward the very rich that the average man or woman would never have a chance to catch up.
The Brookings Institution’s nonpartisan tax experts estimate that the House plan would confer 80 percent of its benefits — 80 percent! — on the richest one-percent of households. Conservatives like to argue they favor taxation that encourages work and discourages indolence. But what about the indolence of the trust fund babies, the super-rich scions who inherit their wealth? The House tax plan would give them a break worth $172.2 billion over ten years, according to Brookings.
Those trustafarians, as I like to call them, have done absolutely nothing to earn their riches. They haven’t started a company, invented a marvelous digital device or found a cure for cancer. They’re just members of the Lucky Sperm Club, people born with silver spoons in their mouths.
The Republican Party has long been associated with the wealthy, but it was also long associated with fiscal restraint, a reasoned outlook toward science and an internationalist approach to foreign policy. It has jettisoned all but its subservience to the super-rich, who want massive tax cuts above all else.
Remember when the GOP stood for reining in the budget deficit? Remember conservatives who insisted that the towering national debt represented a grave threat to the health of the nation?
Throughout President Barack Obama’s tenure, Republicans hounded him about spending — so much so that his economic stimulus plan was not nearly as generous as it should have been. He wanted Republican votes to pass the plan, and the GOP insisted on a stingy proposal. Similarly, the Affordable Care Act is as complicated and convoluted as it is because Obama was trying to lure GOP votes. He didn’t get any, but Obamacare was a careful balancing act — paying for subsidies to buy insurance with a tailored set of tax increases. The ACA didn’t add a dime to the federal debt.
But worrying about budget deficits is so 2009. U.S. Rep. Kevin Brady (R-TX.) chairman of the House Ways and Means Committee, has acknowledged that the House tax cuts would add $1.51 trillion (yes, that’s the t word) to the federal debt over ten years. The non-profit Committee for a Responsible Federal Budget says its more likely to be two trillion.
Apparently, that’s okay as long as the rich gets richer. That’s the only principle the Republican Party has left.