Even liberal whites may have prejudices

Even liberal whites may have prejudices 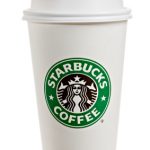 My nine-year-old is already a big fan of Starbucks. Like many large American corporations, the company starts early to recruit its customer base, offering kid-friendly drinks. Carly likes the hot chocolate with a buttered croissant.
I’ve never been enthusiastic about wretchedly overpriced coffee — my daughter was introduced to Starbucks by a friend — and the recent arrests of two black men at a Philadelphia Starbucks did nothing to endear me to that chain of coffee houses. Perhaps the best thing that can be said for the entire episode is that the video provides another opportunity for white Americans to understand the routine indignities that are part and parcel of black life.
It also offers a clear instance of what Starbucks executives acknowledge was “unconscious bias,” the sort of prejudice that lives, unacknowledged, deep in our lizard brains. When the Starbucks manager saw Rashon Nelson and Donte Robinson sitting and talking without buying coffee, she saw a threat. Somewhere deep in her subconscious mind, she sees black men as dangerous.
So, despite the fact that Starbucks brands itself as a community gathering place — a place where (white) people may sit and enjoy the free wi-fi for hours without a purchase — she asked Nelson and Robinson to leave. When they refused, she called the cops.
She doesn’t have to be a supporter of President Donald J. Trump to be guilty of that kind of bias. She need not be one of those voters who yells “Build the wall!” at the president’s rallies. She doesn’t have to display a visceral fear of a browning America to harbor latent prejudices about darker peoples.
Starbucks CEO Howard Schultz told CBS’ Gayle King that the manager, who has reportedly left the company, regrets the call. “I think you have to say in looking at the tape that she demonstrated her own level of unconscious bias,” he said. “And in looking at the tape, you ask yourself whether or not that in fact was racial profiling.”
That kind of prejudice is pervasive, even among some whites who view themselves as card-carrying liberals. It is possible to invite black acquaintances over for dinner, to support Barack Obama for president and to donate money to the NAACP and still harbor implicit biases about black and brown folk.
And, for the record, implicit bias is not the sole province of whites. We all hold subconscious prejudices about something or some group, whether it’s deeply-buried assumptions about women who wear the hijab or about men who wear the yarmulke. According to Harvard University’s Mahzarin Banaji, an expert in implicit bias, those unconscious assumptions are holdovers from our primitive ancestors who “lived in little bands of people (who) looked exactly the same.”
Harvard University sociologist Robert Putnam — famous for his book on civic engagement, “Bowling Alone” — has found that trust and civic engagement decline when a neighborhood becomes more diverse. In the most diverse communities, neighbors trust each other about half as much as they do in the most homogenous communities, he said.
In other words, we may be hard-wired to be tribal, to hold to stereotypes about people who look or sound different. That helps explain why police shootings of unarmed black men continue and why so few police officers are held accountable. Not only do cops harbor subconscious (and often explicit) prejudices but so do the jurors who hear their cases.
But that’s hardly an excuse for not trying. Banaji and her colleagues believe that ferreting out and acknowledging those prejudices is the first step toward overcoming them. In their reckoning, we can learn to judge others by the content of their character and not the color of their skin. That’s why it’s important that Starbucks executives will shut down 8,000 stores in late May to provide training on unconscious bias to 175,000 employees.
That’s no cure-all, of course. And it certainly wouldn’t help the Trump crowd, whose racism is largely explicit. But admitting our prejudices is a start.