This is child abuse

This is child abuse 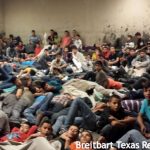 It’s not over.
President Donald J. Trump has finally caved to wide-ranging pressure, including pleas from his wife, Melania, and daughter, Ivanka, and ended the vicious policy of separating children from their parents at the border. The crisis will recede from view as journalists move on to other political outrages and members of Congress lapse back into their usual partisan postures.
But it’s not over. More than 2,400 children — some of them infants and toddlers — remain hostages taken by a cruel political decision backed by some of the president’s top advisers. There is no way to know when, or if, they will be reunited with their parents. In some cases, mothers and fathers have already been deported, forced to leave their children behind.
As any decent psychologist or pediatrician would testify, snatching children from their parents can cause lasting trauma — even in those cases where kids are legally removed because of neglect. My daughter is 9, and she is only comfortable spending time away from me if she is with family members or close friends. When she’s with them, we still speak by phone two or three times a day.
Yet, those wrenching family separations may not be the worst of it. Worse, still, is the deep-seated callousness — the merciless cruelty, really — of so many of my fellow Americans. Even as our TV news feeds were filled with devastating images of crying children ripped from their parents, even as we listened to a smuggled audio tape of children begging not to be taken away from Mama and Papa, more than half of Republican voters stood by Trump’s policy of “zero tolerance.” A Quinnipiac poll released earlier this week found that 55 percent GOP voters supported family separation, with just 35 percent opposed.
I can’t wrap my head around that. As I have so many other times since Trump was elected, I’m left to wonder about a nation I no longer recognize. Some of my fellow citizens are so completely lacking in compassion, empathy and basic human decency that I don’t know how we can occupy the same planet, much less the same country.
And that’s not just the ordinary voters, the white working-class conservatives who are so resentful of demographic change. Let’s remember that this “zero tolerance” policy was intentionally designed by high-ranking members of the Trump administration to inflict searing emotional pain on families who illegally cross the southern border — a plan crafted as a so-called deterrent. Never mind that many of those parents were facing unspeakable violence at home and desperately seeking refuge for their children. Trump and his minions believed that forcing them into a “Sophie’s Choice” was the right thing to do.
Just days ago, Attorney General Jeff Sessions confirmed to Fox News Host Laura Ingraham that deterrence was a goal of family separation. “So, yes, hopefully people will get the message and come through the border at the port of entry and not break across the border unlawfully.”
According to The Washington Post, Steven Wagner, acting assistant secretary of Health and Human Services, had been more explicit earlier this week. “We expect that the new policy will result in a deterrence effect,” he said.
Back in March 2017, when he was still secretary of Homeland Security, White House Chief of Staff John Kelly, widely lauded as one of the grown-ups in the Trump administration, revealed that he was considering separating children from their parents.
“I would do almost anything to deter the people from Central America” from making the journey toward the United States, he told CNN. “Yes, I am considering, in order to deter movement along this terribly dangerous network, I am considering exactly that.”
While I am still struggling to comprehend what that tells me about America, I also know that I should not have been surprised. Trump was launched onto the national political stage falsely declaring that President Barack Obama was not born in this country, a bald attempt to brand Obama as illegitimate, a usurper. That played well with racists who couldn’t stomach the idea of a black president. And Trump was elected after a campaign of raw and explicit bigotry.
The crisis is not over. And it won’t be as long as Trump still occupies the Oval Office.