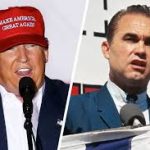 In “The Politics of Rage,” his brilliant 1995 analysis of George Wallace’s visceral appeal, scholar Dan T. Carter notes that the infamous Alabama segregationist had an uncanny ability to home in on the fears and resentments of working-class whites who were angered by cultural change. And that exceptional talent not only propelled Wallace’s remarkable political career, but it also re-shaped America’s conservative movement, Carter explained.
“In speech after speech, Wallace knit together the strands of racism with those of a deeply rooted xenophobic ‘plain folk’ cultural outlook which equated social change with moral corruption. The creators of public policy — the elite — were out of touch with hardworking taxpayers who footed the bill for their visionary social engineering at home and weak-minded defense of American interests abroad,” Carter wrote.
Sound familiar? President Donald J. Trump has picked up the Alabama governor’s playbook, using a crude and unscripted rhetoric full of racism and xenophobia to tap into the barely-submerged prejudices, misplaced rage and assumptions of privilege that animate a significant protion of the nation’s white working class.
Trump may not yell, “Segregation now, segregation forever!”, but his demagoguery is hardly subtle. The president provokes his base with recitations of atrocities supposedly visited upon innocent Americans by members of MS-13, a Latino criminal gang. He relays made-up crime statistics to portray the nation’s predominantly black and brown urban areas as sump holes of predation. He claims that the Southern border is being overrun by murderers, rapists and terrorists.
Never mind that much of what the president says is not true. Violent crime in the United States is at a historic low, down to the rate of the 1960s, according to the FBI’s Uniform Crime Reports. And immigrants are responsible for very few of the crimes that are committed; statistics show they are less likely to break the law than the native-born population. (Towns and cities with a high influx of immigrants have slower crime rates than the rest of the country, it turns out.)
Still, Trump continues to mesmerize and provoke his hyper-loyal supporters with speeches and tweets that weave together conspiracy theories, discredited claims and flagrant lies, much as Wallace did: “A Wallace speech excited (a) nonanalytical emotional response. . .He was . . .probing his audiences’ deepest fears and passions and articulating those emotions in a language and style they could understand. On paper, his speeches were stunningly disconnected, at times incoherent, and always repetitious. But Wallace’s followers reveled in the performance,” Carter wrote.
After Trump’s election, Republican strategists refused to concede that his victory was largely built on racial antagonism. So did most campaign reporters and political pundits, who insisted that Democratic nominee Hillary Clinton had not worked hard enough to appeal to those working-class whites who were losing economic ground to technology and globalization.
But exit polls in the wake of Trump’s election showed that many of his voters were not suffering financially. Instead, most scored high on assessments of racial resentment. (A July 5 story in the Los Angeles Times points out the fallacy of the view that Trump’s supporters voted their pocketbooks. The president’s trade policies are beginning to hurt some of them, the story notes, but they still “support him 100 percent,” as one person put it.)
Now, finally, even a few Republicans are acknowledging that the wellspring of Trump’s appeal is the deep reservoir of tribalism and bigotry that flows just underneath the foundation of equality on which this republic is allegedly built. As conservative Michael Gerson, who worked as a speechwriter for President George W. Bush, wrote recently:
“And what are the moral implications of a political strategy that employs racial and ethnic antagonism as a motivating factor? . . .Will conservatives so easily abandon conservatism for white identity politics? It is an approach to public life that will indelibly stain all who employ it — and all who excuse it.”
Of course, the GOP has been building toward this denouement for decades. The Republican establishment rejected Wallace’s brash and explicit racism for the veiled “Southern strategy” of Richard Nixon, who campaigned on “law and order,” and Ronald Reagan, who denounced mythical welfare cheats. It was inevitable, though, that the GOP’s base of alienated whites would demand, sooner or later, a candidate who abandoned the dog whistles for full-throated war cries of white privilege.
They finally got that candidate and, now, that president: George Wallace Trump.