Christmas, Christians and a wall

Christmas, Christians and a wall 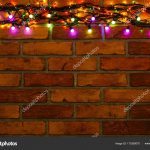 The conservative media axis is aflame with anger and resentment over President Donald J. Trump’s failure so far to procure funding for his wall across the southern border. It seems an odd preoccupation in a moment of a teetering economy, a chaotic White House, numerous foreign conflagrations and multiple investigations into a corrupt administration, but the border wall is the major talking point for Sean Hannity, Matt Drudge and their compatriots.
The pre-eminence of the wall in the imaginations of Trump and his allies is curious. It has always been more symbol than bulwark, more representation than fortification. As the nation grows inexorably browner, as white Americans lose their cultural dominance, the wall is a stand-in for resistance to demographic change. Trump’s voters want to shut out “those people,” the ones that the president has denounced as terrorists, rapists, drug dealers and violent gang-bangers.
There are countless elements of irony in this resistance, but one that sticks out in this season is this: Aren’t “those people” the very ones that the president’s constituency of conservative Christians ought to be reaching out to assist at Christmas? Isn’t the New Testament full of entreaties to help the less fortunate, to support those in trouble, to aid the stranger? Isn’t this season supposed to represent the opportunity for renewal of a generous spirit, a compassionate disposition, a merciful outlook?
Even non-Christians know the story at the heart of the Christmas celebration: A young pregnant woman and her husband report to authorities in a place where they are not welcome, and she is forced to give birth in a stable. After warnings, they flee with their newborn because a powerful man wants to harm their son. Ahem. Any parallels here?
Yet, there has been precious little outcry from Trump’s sycophants over the death of a young girl in the custody of U.S. border agents. Earlier this month, 7-year-old Jakelin Caal died after reporting to a remote New Mexico border outpost with her father, Nery, who intended to apply for asylum.
To reach the United States, Jakelin and her father had crossed the desert with a group of other Central American migrants. The Washington Post has reported that she died of complications from dehydration, though an autopsy has not been completed. To cross the southern border without papers, migrants undertake a treacherous journey, often on foot, often in searing heat and without adequate food or water. Thousands have died trying to complete the journey. An investigation into her death is underway, and it may well be that she would have died even if she had received swift medical attention once she reached New Mexico.
But she did not receive that swift attention, according to the Post’s Nick Miroff, who reported that she and her father waited hours for a bus to take them to a larger border facility. A few minutes into the 90-minute trip, the girl started to vomit, but Border Patrol agents continued the drive, summoning an ambulance when they arrived. By the time she reached an El Paso children’s hospital, Miroff wrote, Jakelin’s temperature had soared to nearly 106 degrees. She was dead within hours.
Even if U.S. immigration authorities are blameless in Jakelin’s death, you’d think there would be more outrage, more anger, more finger-pointing — even from Trump’s base. What about their concern for children, especially during this season? Shouldn’t they demand more appropriate care for families who will inevitably show up at tiny border facilities?
A federal judge recently shot down President Trump’s narrow new rules for asylum seekers, ordering him to follow the old regulations: migrants may still seek asylum based on credible fears of domestic violence or gang violence. That’s good news for asylum seekers, but it also means that women and children, especially, will continue to seek sanctuary at tiny outposts after long and grueling trips.
The Trump administration, however, has decided that its practiced cruelty is the best way to deter them. It continues policies and procedures that will result in more heartbreak, more family separations and, likely, more deaths. Why aren’t those who celebrate the religious traditions of Christmas more outraged? Isn’t compassion what those religious traditions represent?