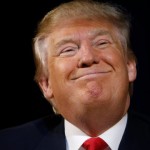 There is, indeed, a national emergency, but it’s not at the southern border. A despotic, corrupt, infantile, clueless and mendacious narcissist sits in the Oval Office, at the wheel of what is still arguably the most powerful nation in the world, his fingers on the nuclear buttons. He is reckless, impulsive and ignorant of the expectations and traditions of his office. He is a hatemonger who cozies up to racists, misogynists and xenophobes. Yet, he is in charge.
That’s an apt description of a national emergency. And, given that, some members of an energized Democratic majority in the House of Representatives have begun to speak openly of impeachment. That was most colorfully demonstrated recently when newly-sworn-in Congresswoman Rashida Tlaib (D-Mich.) was videotaped in a bar uttering, “Impeach the m—f—!” (For all the media focus on that remark, she has a long way to go before she is as crude as the president.)
But House Speaker Nancy Pelosi, one of the smartest politicians of her time, is right to try to keep a lid on that enthusiasm. The interests of the nation (and, not coincidentally, of the Democratic Party) would be best served by patience.
Just take a look at the process of impeachment. The House may vote to impeach a sitting president, and the Democrats might easily have enough votes to do so. But that doesn’t remove him from office. A hyper-partisan Republican House majority impeached President Bill Clinton in 1998, but he served out the reminder of his second term. That’s because “impeachment” is akin to indictment in criminal law; it’s not a conviction.
The Senate must vote to “convict” — or remove a president from office. And that requires a two-thirds majority of members present, according to the U.S. Constitution. I find it impossible to imagine that two-thirds of Mitch McConnell’s Senate would follow after Pelosi’s House and vote to remove Trump from office. Instead, a divided nation would become more deeply cleaved.
But allow me to stretch my imagination a bit and speculate about life after Trump. Let’s say that the Senate somehow found the gumption to toss Trump out of the Oval Office. That would leave us with a President Michael Pence. Is that what Democrats want?
Pence is hardly brilliant, but he’s a lot smarter than Trump. He was a member of Congress before he was elected governor of Indiana. In other words, he understands the mechanics of government and knows how to get things done.
And the things he’d get done would run counter to the preferences of progressives and the interests of the nation. Pence is an unalloyed Christian fundamentalist, a homophobe and an opponent of reproductive rights.
He’d also continue to divide the nation along religious and racial lines. As governor of Indiana, he announced that his state would not host refugees from Syria. He pushed one of those “religious rights” bills that was merely a Trojan horse to support legal discrimination; he watered down the bill only after a blitz of protests from commerce and industry.
If that weren’t bad enough, he harbors many of the same impulses as his boss. He has faithfully supported the president’s worst calls for a reason: He believes in most of them. As just one example, Pence reportedly had his own plan to start a flattering fake news operation in Indiana. He wanted state funds for a news service staffed by his own press secretaries, according to published reports.
Even without his own fake news operation, a President Pence would benefit mightily from comparisons to his predecessor. Not only would many moderate and conservative voters embrace him, but the press and punditocracy would christen him as a return to “normal” — engaged, deliberative, reasonable. He’d seem, well, presidential, even as he tried to turn the nation into a theocracy.
Trump could still do a lot of damage in two more years of office, of course. But two years of relentless investigations by Democrats would also yield facts that would make his electoral defeat even more likely. Let the investigations, including that of special counsel Robert Mueller, proceed. Impeachment may become absolutely necessary, but we’re not there yet.