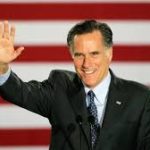 Let’s give Mitt Romney credit for one thing: He knows how to draw headlines. Returning to elective office Thursday as a newly-sworn-in U.S. Senator from Utah, Romney had two days earlier published an opinion essay in The Washington Post in which he harshly criticized President Donald J. Trump.
“It is well known that Donald Trump was not my choice for the Republican presidential nomination. After he became the nominee, I hoped his campaign would refrain from resentment and name-calling. It did not. When he won the election, I hoped he would rise to the occasion. . . . But, on balance, his conduct over the past two years, particularly his actions last month, is evidence that the president has not risen to the mantle of the office,” Romney wrote.
Utah’s junior senator managed to not only draw the attention of news reporters and television pundits but also to attract the ire of the easily-offended president, who responded, as he so often does, on Twitter. “Here we go with Mitt Romney, but so fast! Question will be, is he a Flake? I hope not. Would much prefer that Mitt focus on Border Security and so many other things where he can be helpful. I won big, and he didn’t. . .,” Trump retorted.
This is just more bombast, more shadow-boxing from both sides. Don’t expect Romney to become the conscience of the Republican Party, any more than former Sen. Jeff Flake of Arizona (whom Trump referenced in his tweet) was. As Flake did, Romney will attract attention with thoughtful denunciations of Trump’s behavior while backing the president up with votes. Nothing will change in the GOP.
There really isn’t a Republican Party left. Its so-called leaders abandoned any claim to principles or standards or even policies when they caved to Trump, allowing him to trample democratic traditions, to abandon longtime allies, to set up a kleptocracy and to kowtow to a longtime rival, Russia. They make noises every now and then about holding the line and reining him in, but they do nothing. The Grand Old Party is now the party of Trump.
The best example of the fecklessness of the party’s senior statesmen (and women) is their refusal to pass a bill that would protect special counsel Robert Mueller’s investigation. Senate Majority Leader Mitch McConnell and other Republicans have insisted that the investigation should proceed. But they will not raise a barrier to Trump’s interference.
As for Romney, he is a first-class hypocrite who has already shown his lack of backbone, his opportunism, his tendency to do whatever he believes will advance his political career. After all, he was against Trump before he was for him — and then against him again.
Romney blistered Trump in a speech early in 2016 — before Trump secured the nomination — as a “phony” and a “fraud” who “has neither the temperament nor the judgment to be president.” Romney criticized Trump’s economic policies, castigated the eventual nominee for cozying up to bigots and accused him of engaging in “absurd third-grade theatrics.”
But after Trump’s election, Romney auditioned to join his Cabinet as Secretary of State. At that point, Romney praised the president for his “message of inclusion and bringing people together” — a Trump message that most observers missed entirely. In his 2018 Senate race, Romney graciously accepted Trump’s endorsement, though he had said two years earlier that he’d never accept an endorsement from Trump.
Perhaps the only Republican whose hypocrisy on Trump comes close to Romney’s is South Carolina Senator Lindsey Graham, who regularly blasted the president until a recent conversion to membership in the president’s claque. To be fair, though, the only principled Republicans are those who have never held elective office. They remain committed Never Trumpers. The politicians are too afraid of a GOP base still committed to Trump to defy him. Don’t expect them to change in the coming year.
There will be change in Washington, however. House Speaker Nancy Pelosi’s energized caucus will launch countless investigations into Trump’s misdeeds, perhaps leading to impeachment. The only question for Republicans is how low they will sink as they try to protect him.