Cheating your way into college

Cheating your way into college 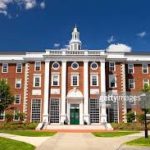 You’re shocked to learn that wealthy parents allegedly paid bribes to get their children into elite colleges? Really? You shouldn’t be.
Wealthy parents have been paying big bucks — perfectly legally — to get their children accepted into prestigious colleges for decades. The family makes a huge donation and, suddenly, the kid who seemed headed for State U. is bound for the Ivy League.
The shocking thing is that nobody seems to care. If a couple of black or Latino kids get into Harvard or Yale through an affirmative action policy that allows for admission with slightly lower test scores, well, that’s fodder for outrage, fuel for several Fox News shows, the preamble for a lawsuit.
But the longstanding practice of allowing the less-qualified children of graduates to get into elite colleges — known as “legacy” — barely stirs interest, much less headlines. And even wealthy moms and dads who didn’t graduate from Stanford or Harvard or Princeton can pony up a substantial donation to prop the doors open for their kids, as Daniel Golden outlined in his well-researched 2006 book, “The Price of Admission: How America’s Ruling Class Buys Its Way into Elite Colleges — and Who Gets Left Outside the Gates.”
Earlier this week, the U.S. Justice Department disclosed a sweeping college admissions scandal in which the wealthy, including well-known Hollywood actors, allegedly could not be bothered to follow the legal purchase-a-place-for-your-child practices already established at so many prestigious institutions. Instead, working with corrupt coaches and entrance exam officials, they lied outright — claiming a child was a championship rower, for example — or paid for fraudulent test scores, according to federal prosecutors. If that’s true, it just lays bare a system of college admissions that is corrupt at its core.
Americans are deeply invested in the idea of meritocracy, the idealistic notion that people fail or succeed on their own merits. But for most of the history of this country, Americans of color were denied the opportunity to succeed — no matter how much grit, gumption and determination they demonstrated. And an economy that increasingly favors those who are already advantaged is now closing off opportunity to less-affluent whites, too. In other words, the myth of meritocracy is largely that: a myth.
Education, of course, is supposed to be the great equalizer, a path that will advance the masses. While many prestigious colleges remained the playgrounds of wealthy WASPs through the first half of the 20th century, the increasing use of standardized college entrance exams helped to change that in the latter half. High-achieving students from middle-class families — the sons and daughters of teachers, nurses and small business owners — were admitted. That cemented the myth of meritocracy, but it hardly made college admissions fair.
For centuries, black and brown people were denied the right to a decent education and barred from entry into many of those elite schools. We could not give our children the advantage of basic academics, much less legacy. Black and brown children started off with educational deficits which made stellar test scores far less likely. Even now, many children of color are stuck in failing schools.
Affirmative action policies — which don’t admit unqualified students but do admit those with slightly lower test scores — were put in place to redress those longstanding disadvantages. But those policies provoke widespread condemnation. Universities across the country have been subjected to lawsuits seeking to end affirmative action in college admissions.
The practice of legacy admissions, however, has not prompted that sort of backlash. Nor has the practice of just giving an elite school a huge donation, a legal bribe that probably helped Jared Kushner, President Donald Trump’s son-in-law, get into Harvard University, according to Golden’s book. He quoted a former official at The Frisch School in Paramus, N. J., Kushner’s tony high school, who said, “There was no way anybody . . . thought (Kushner) would on the merits get into Harvard. His GPA did not warrant it, his SAT scores did not warrant it.” But Kushner’s wealthy father pledged $2.5 million to the school, and he was admitted.
It seems that less-affluent children of color aren’t smart enough to be admitted to prestigious institutions of higher education. They didn’t have sense enough to be born rich.