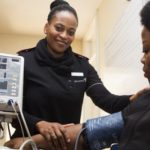 In 1961, a young actor named Ronald Reagan made a recording that denounced a plan in Congress to provide free health care to all Americans at or over the age of 65. In the recording, which was subsequently used in political gatherings from coast to coast, Reagan called the proposal “socialism” and said that it would destroy the country. If the nation started to give health care to its senior citizens, he said, “pretty soon your son won’t decide . . . where he will go or what he will do for a living. He will wait for the government to tell him.”
The proposal passed anyway, and most Americans now venerate Medicare, as it came to be called, as a valuable piece of the social safety net. Republicans, for their part, praise the program, too — pretending that the GOP never opposed it. It’s no surprise, then, that Republicans in Congress were dismayed when President Donald Trump announced a few days ago that he would once again try to obliterate Obamacare, which has allowed millions to purchase affordable health insurance.
Yes, the GOP still wants to deny Americans affordable health care. After all, many Congressional Republicans campaigned on a pledge to repeal Obamacare, as did Trump. Since the 1940s, conservatives have opposed plans to give all Americans access to decent health care. But as more voters come to believe that universal access to medical care ought to be a right in a nation as wealthy as the United States, Republicans are trying to conceal their hostility to that premise.
Still, their let-‘em-die attitude is obvious. In his 2020 budget proposal, Trump has planned to cut both Medicare, which provides health care for the elderly, and Medicaid, which provides health care for the poor, by billions of dollars. (The cynicism of that ploy, after he cut taxes for the wealthy by billions, is sickening.) He would also claw back the funds to expand Medicaid, which was one of the pillars of Obamacare.
Not that many Republican governors took advantage of the federal funds to expand Medicaid, anyway. In some of the poorest states in the union — Alabama and Mississippi, among them — conservative governors and legislators have refused to expand Medicaid. Without widespread access to decent medical care, those states have high rates of infant mortality, maternal mortality and child mortality.
The refusal to expand Medicaid has also worsened a crisis in rural hospitals throughout the country. Lacking reimbursement for the care of patients without private insurance, many rural hospitals have been forced to shut down — leaving those communities without emergency rooms or critical care facilities. The states with the most hospital closures, according to research, are those that have refused to expand Medicaid — Texas, Tennessee, Alabama, Georgia, Mississippi, North Carolina.
As part of their charade, Republicans continue to insist that they are crafting plans to replace the Affordable Care Act with something better (though they won’t reveal their fabulous plan until after the 2020 elections). As a presidential candidate, Trump declared his replacement would “take care of everybody … Everybody’s going to be taken care of much better than they’re taken care of now.” Yet, Republicans had two years of total control of the executive and legislative branches, and they produced . . .nothing. They made several attempts to repeal Obamacare, but they made no — zero — attempts to replace it.
Perhaps that’s because conservatives simply don’t believe that most Americans deserve access to affordable medical care, no matter how hard they work, no matter how sick they are, no matter how poor they are. Their contempt may be best expressed by the recent remarks of U.S. Congressman Mo Brooks (R-Al.), who explained that he supports the old insurance industry practice, banned by Obamacare, which allowed insurers to charge extremely high premiums to people with prior illnesses, “or pre-existing conditions” — or to deny them insurance altogether.
Brooks said he wanted to allow insurers to charge higher prices to people with illnesses, “thereby reducing the cost to those people who lead good lives, they’re healthy, they’ve done the things to keep their bodies healthy.”
So, in the view of Congressman Brooks, good people don’t get sick. If you do get sick, there is something wrong with you.