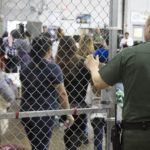 You don’t have to abolish Immigration and Customs Enforcement or “decriminalize” illegal entry into the United States to humanize border patrol. You don’t have to close all the detention centers into which migrants are now cramped and stacked as if, yes, they are in concentration camps (though that would help). You don’t have to give up enforcing the country’s borders.
You do have to replace President Donald J. Trump, who has stage-managed the cruelty and fed the racism that seeps through ICE. And you have to fire many of the men now working as Border Patrol agents — men so steeped in racism and misogyny and violence that they never should have been hired in the first place. The agency can be fixed, but many of its hirelings cannot be.
That is clear from reading some of the “secret” messages that were posted on a Facebook page that was closeted from public view — a page for retired and current Border Patrol agents. Aired earlier this week in an investigative report by ProPublica, the messages ranged from the crude to the violent. Some made light of the deaths of migrants trying to cross into the United States illegally. Others used racist language and ugly stereotypes to refer to both migrants and Latino members of Congress.
And then there were the vile posts that targeted Rep. Alexandria Ocasio-Cortez (D-N.Y.) — one of the harsher critics of the inhumane border tactics currently favored by the Trump administration. One depicts her engaged in oral sex with a migrant. Yet another features a doctored photograph of her with Trump, who is forcing her head toward his crotch. The text reads: “That’s right bitches. The masses have spoken and today democracy won.”
This may be shocking, but it is hardly surprising. The vast majority of Border Patrol agents showed themselves to be comfortable with racism and misogyny in 2016, when Trump became the first presidential candidate the union had ever endorsed. He built his presidential campaign on a surprisingly frank racism. He was birther-in-chief, insisting that President Barack Obama was not an American citizen. He denounced Muslims and denigrated Mexicans. And he was caught bragging about groping women.
Once elected, Trump preceded to cultivate a culture that favored white nationalism, a worldview made all the more desperate by the nation’s changing demographics. The president surrounded himself with advisers such as former Attorney General Jeff Sessions and Stephen Miller, both of whom are anti-immigration fanatics who would curtail legal immigration. And the president has endorsed inhumane border tactics that he believes will discourage migrants from attempting entry without papers.
It’s no coincidence that the president’s underlings take to his policies with glee. They are chosen for their ruthlessness. If his immigration agency heads are insufficiently cruel, if they are show a shred of mercy every now and then, they are publicly humiliated. In the last few months, the president has purged nearly every agency head at the Department of Homeland Security — including the hapless Kirstjen Nielson, who was cabinet secretary — because he wanted more “toughness.”
Trump’s vile policies and procedures have promoted a reaction among progressives that now disdains the very notion of border control. Some leading Democrats have spoken openly about abolishing ICE, while others would so curtail its authority that it would effectively be out of business. That’s likely a mistake. Even in our modern, globalized age, nations need to control traffic flows — human and otherwise — in and out of their borders. The U.S. has managed to do so for a very long time without resorting to the terror that Trump has inflicted.
Trump’s successor can start the process of cleaning house at the agencies charged with policing the borders, deporting immigrants who have proved themselves unfit to stay here and — not coincidentally — naturalizing those who have completed the process for citizenship. That will take time and effort, but it can be done. (Trump’s successor would also do well to get out of the for-profit prison business, not only for migrant detainees but also for federal inmates. Nothing good comes from prisons-for-profit.)
Even with a more humane approach to immigration, some hearts will be broken, some dreams dashed. Not everyone who wishes to come in can be admitted. Still, cruelty need not be a policy feature.