Extreme weather is the new normal

Extreme weather is the new normal 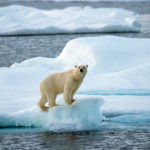 You don’t have to be a physicist or geologist to know that the earth’s climate is changing in ways that are destined to make the landscape less hospitable for humans. Just look around. The dangers are evident.
In the final weeks of May, tornadoes ripped through the center of the United States day after day, destroying homes and schools, hurling trees as if they were mere matchsticks, inflicting countless injuries across communities and leaving some families to mourn their dead. This virulent tornado season is just one example of extreme weather: the past few months have also seen record cold, record heat and record flooding.
If human beings were rational, our top scientists and our political leaders would be huddled together, hashing out plans and policies to try to mitigate the damage from greenhouse gases — with the goal of salvaging human life. Faced with an existential threat, a fierce peril that will alter the planet in significant ways, presidents and premiers and prime ministers would overcome their traditional enmities, as they do in the movies, and come together to save humanity.
Alas, that has not happened. Human beings, it turns out, are deeply irrational, tribal, ignorant, greedy and selfish. Sometimes, we are just plain crazy. President Donald Trump has reversed a series of steps taken by his predecessors to ameliorate climate change and has commenced a series of initiatives that will further damage the environment. Moreover, the president has launched a war on the science of climate change and the experts who practice it, trying to create widespread doubts about their expertise.
Here’s one example: James Reilly, whom Trump appointed to head the United States Geological Survey, has ordered his staff to produce computer-generated climate assessments that stop at the year 2040, rather than through the end of the century, as they had done before, according to The New York Times. That’s because the most severe consequences of global warming will kick in after 2040.
And that’s only the beginning. Trump is toying with an idea pushed by 79-year-old William Happer, who serves on the National Security Council, to create a special climate review board to denounce the work of respected climate scientists. Happer was a well-respected physicist at Princeton for many years, but he is also a climate quack with no expertise in climate science.
While even elementary school children now know that carbon dioxide is among the greenhouse gases that trap heat in the atmosphere, warming the earth, Happer made this idiotic statement about carbon dioxide in an in 2014: “The demonization of carbon dioxide is just like the demonization of the poor Jews under Hitler.” In a more compassionate society, Happer would have been carted off to an asylum. Instead, he occupies an important post in the Trump administration.
The flat-earthers notwithstanding, carbon dioxide and other greenhouse gases continue to wreak such havoc that the survival of humanity is in doubt. One million animal species are at risk of extinction, with climate change among the causes, according to a recent report from the United Nations. The polar ice caps have melted faster in the last 20 years than in the previous 10,000, raising the water level in the oceans, which will increase flooding. By the end of the century, some coastal cities will be uninhabitable, scientists predict.
Meanwhile, extreme weather events have become the norm. Climate scientists are not sure that increased tornado activity is caused by global warming — contrary to the nonsense spewed by the doubters, the experts are very cautious — but some are beginning to suspect a link.
Penn State climate researcher Michael Mann said recently there is growing evidence that “a warming atmosphere, with more moisture and turbulent energy, favors increasingly large outbreaks of tornadoes, like the outbreak we’ve witnessed in the last few days,” according to InsideClimateNews.
The tornadoes add to the destruction from more floods, more wildfires, hotter days, more droughts and, counterintuitively, more rain. (Warmer air holds more moisture.) The continental United States has just experienced the wettest year on record, according to the National Weather Service.
So, despite the blithe denials of the climate skeptics, the planet is undergoing fundamental shifts that will prove hostile to humankind. All the know-nothings have accomplished is to ensure that humanity won’t change its habits quickly enough to survive.