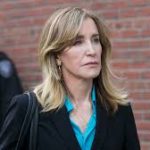 Felicity Huffman’s light sentence for her role in the college cheating scandal infuriated me. She was sentenced to 14 days in a federal prison and a $30,000 fine — a mere pause from her “rich and famous” lifestyle and a rounding error in her bank account. The additional 250 hours of community service won’t mess up her schedule much.
In 2011, Kelley Williams-Bolar, a struggling black woman in Akron, Ohio, was sentenced to five years in prison — immediately suspended down to 10 days — for enrolling her two daughters in a more affluent neighboring school district. She and her kids lived in public housing, and her daughters attended low-performing public schools quartered in less-than-prime facilities.
Williams-Bolar didn’t pay anybody to falsify her daughters’ test scores. She merely tried to boost their chances for academic success by enrolling them in a much better school district — in which the girls’ grandfather lived, by the way. Since the girls often spent time in their grandfather’s home, Williams-Bolar said, she didn’t know using his address was a crime. Still, she was charged with felonies and convicted.
How could Huffman’s calculated fraud earn a sentence of 14 days when Williams-Bolar’s original sentence was five years?
It took some timely and thoughtful remarks from singer John Legend to curb my anger and restore my capacity for reason. In a series of tweets last week, Legend noted that the problem isn’t Huffman’s short sentence but rather than anybody would be sent to prison for this sort of crime.
“I get why everyone gets mad when rich person X gets a short sentence and poor person of color Y gets a long one. The answer isn’t for X to get more; it’s for both of them to get less (or even none!!!) We should level down not up,” he wrote.
Legend is absolutely right. The United States has the highest incarceration rate in the world; we lock up a higher percentage of our citizens than repressive regimes such as Russia and China. Home of the free? Ah, no.
Even as crime rates have plummeted, the U.S. continues to incarcerate its citizens at staggering rates. Our punitive, short-sighted and biased criminal justice system locks people up for long stretches for offenses such as unintentionally voting illegally.
Last year, a Texas judge sentenced Crystal Mason to five years in prison — five years! — for casting a vote in the 2016 presidential elections while she was on probation after serving time for tax evasion, even though her ballot wasn’t counted. The sentence is outrageous.
But the attention-getting cases such as Mason’s and Williams-Bolar’s — while deserving the protests they provoke — aren’t the ones that clog the jails and put people on the glide path toward lives outside the law. Local courts regularly send people to jail when they can’t pay fines for such things as writing a bad check or speeding. They don’t pay the fines because they are poor and don’t have the money. How is society served by incarcerating them?
The misnamed and futile “war on drugs” has wreaked havoc on poor urban neighborhoods around the country, but property crimes are also a huge driver of mass incarceration, according to PrisonPolicy.org. So are the outlandish periods of probation and parole which are meted out following release. Convicted felons on parole for, say, a ten-year period may be sent back to prison for any number of minor violations, such as having a beer in a bar.
Then there is the matter of our broken mental health system, which doesn’t have the funds or facilities to cope with the numbers of people with bi-polar disorder, schizophrenia or schizoaffective disorder, among other serious mental illnesses. Their illnesses drive them to crime, and they are sent to prison. According to the National Commission for Correctional Health Care, as many as 27 percent of the inmates in state prisons have a severe mental illness, as do as many as 21 percent of the inmates in federal prisons and as many as 19 percent of the inmates in local jails.
Legend caught some flak for his comments about Huffman. There were still those who wanted to exact revenge on a privileged person who seemed to escape the punishment she deserved. But he is right: We should “level down, not up.”