Book-burning in the Trump era

Book-burning in the Trump era 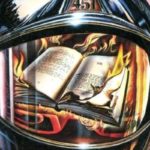 The Trump years have coincided with lots of low points in American civil society — with successive rips in the civic fabric, with countless acts of domestic terror, with numerous assaults on the values and traditions of American democracy. It is hard to construct a hierarchy that would name the worst of them.
But as a writer and, more to the point, a reader, I find few of those moments more disturbing than the fury that erupted at Georgia Southern University, a public college in Statesboro, earlier this month (Oct. 9). After listening to an author discuss her views on white privilege, angry students burned copies of her book because they disagreed with her message.
Author Jennine Capó Crucet, an associate professor at the University of Nebraska, was invited to discuss themes from her debut novel, “Make Your Home Among Strangers,” which was among the selected readings for freshmen. The novel’s protagonist is a Cuban-American woman from a working-class background who attends an elite college and feels like an outsider — a sense of alienation to which many students of color at Georgia Southern could surely relate.
Several white students, though, were offended by Crucet’s message. Some were angry, according to the student newspaper, the George-Anne. That’s an acceptable response. I have often listened to speakers with whom I vociferously disagreed. I hope college students do, as well — whether their political leanings are left, right or center.
Georgia Southern’s officialdom promptly issued a statement condemning the students’ actions, noting that “while it’s within the students’ First Amendment rights, book burning does not align with Georgia Southern’s values nor does it encourage the civil discourse and debate of ideas.” Indeed not.
The purpose of a liberal arts education is to teach students to think critically. They should be learning to examine the ideas to which they are exposed — to analyze them, to dissect them. If they end up rejecting some of those ideas after examination, they are nevertheless learning to be productive citizens in a democratic society.
But book-burning? That was a hallmark of Nazi Germany, where racist totalitarians believed that banning certain tomes would reinforce their malicious and far-reaching power. (Do the students know that? Or would they celebrate Nazi Germany?) The burning of books —restricting knowledge, censoring free thought, destroying works that disperse messages with which some disagree — is featured in some of the best-known novels about totalitarianism.
And totalitarianism is precisely what that outrageous act represented. Perhaps that’s why I was so unnerved by it. Book-burning by college students serves as a clear reminder of the dangerous times in which we live — a time in which totalitarian notions are taking hold throughout the Western world.
President Donald Trump, who has clear authoritarian tendencies, is infatuated with men such as Vladimir Putin, who regularly locks up dissidents when he doesn’t resort to murdering them. Trump has also shown an unsettling affinity for the strongmen of Saudi Arabia, who oppress women, coddle terrorists and violently suppress dissent. Saudi Prince Mohammed bin Salman has been credibly accused of ordering the murder of dissident journalist Jamal Khashoggi.
But it isn’t just the United States that now flirts with the anti-democratic ideals of despotic states such as Russia. Those dangerous values are taking hold throughout eastern and central Europe, as well. Totalitarianism is not only gaining ground in states such as Poland, which had recently been seen as a symbol of rising democratic values, but also in countries such as Austria, where white nationalism is increasingly popular.
This is a befuddling moment in human history. Humankind is wealthier than ever, awash in scientific knowledge, rich with conveniences that make our lives easier than ever. Yet, we are choosing to reject knowledge for narrow-mindedness, to trade facts for lies, to indulge in mindless speculation and conspiracies rather than thoughtful analysis. Having spent my adult life working as a journalist and college instructor, I am shocked, depressed, unnerved.
But I haven’t yet given up on the value of teaching critical thinking. I’ll be handing out copies of “Fahrenheit 451,” Ray Bradbury’s classic about a dystopian society in which a fireman — a book-burner — becomes part of the resistance to the authoritarian regime.