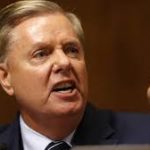 Congress managed to come together to pass an unprecedented $2 trillion coronavirus relief package, but not before a small group of Republican senators reminded us of the narrow-minded condescension their party directs toward the working poor. Trump-ism holds its own malicious — indeed, dangerous —strains of contempt, but the malevolent disdain the GOP holds for the less affluent has been among its hallmarks for generations, long before Donald J. Trump became president.
Before the Senate approved the aid package earlier this week, four GOP senators — Lindsey Graham and Tim Scott of South Carolina, Ben Sasse of Nebraska and Rick Scott of Florida — insisted that the unemployment benefits in the bill were too generous and would encourage those lazy, low-income folk not to work. They ultimately relented but had threatened to hold up the entire desperately-needed deal if their demands to reduce unemployment checks were not met.
In a Wednesday interview with Fox News host Sean Hannity, Graham called the bill “Bernie Sanders on steroids. . .” Following up on Twitter, Graham insisted, “Only in Senator @BernieSanders (sic) world does it make sense to pay people more NOT to work than TO work. I am all for making peoples (sic) salaries whole. However, I am not for increasing people’s salary through the unemployment insurance system.”
Has Graham been listening to anything the public health experts have been saying about the need for all Americans except “essential” workers to stay home rather than go to work? We absolutely need to pay people not to work. I have refrained from patronizing fast-food restaurants over the last few weeks because I fear that low-wage employees who live from paycheck to paycheck will keep serving food — even if they are ill.
The Grand Old Poohbahs act as if employment benefits are generous support payments that would allow laid-off workers to enjoy lobster dinners and day trips to the spa. Hardly.
In normal times, unemployment benefits amount to a percentage of the worker’s last salary, somewhere around 45 percent usually. According to The New York Times, the national average is about $385 a week. The $2 trillion aid bill would add $600 a week for the next four months — a temporary benefit that is quite unlikely to lead to lifetime laziness.
It’s hardly a windfall for families who will struggle to pay rent, buy groceries and keep the lights on and water flowing before they can return to their jobs. And many won’t be able to return. Some businesses won’t recover from the economic devastation wrought by the novel coronavirus. They will go bankrupt, leaving workers to struggle to make up lost income. Already, more than 3 million Americans have filed for unemployment benefits in the last few days — the biggest jump in recorded history.
While looking down their noses at average working folk, the Republican Gang of Four found nothing to criticize in the generous aid that will be offered to huge companies. As The Washington Post has reported, the bill contains low-interest loans and grants for companies that have failed to pay taxes, flouted safety regulations and misused the bail-outs they received during the Great Recession. Among the companies that stands to benefit is Boeing, whose corporate greed led to two airplane crashes that killed hundreds of passengers.
But an embrace of corporate greed and corruption that lives side-by-side with disdain for the working poor is a hardy strain in the Republican Party, one watered and fertilized by the presidency of Ronald Reagan. His first presidential campaign emphasized tales of alleged welfare fraud, most of which seemed to be based on just one actual case. According to the Pew Research Center, 42 percent of people on the conservative side of the political spectrum believe people are poor because they don’t work hard enough, while only 12 percent of people on the liberal side believe that.
For the record, economists do believe that a generous social safety welfare net will encourage a tiny percentage of workers to take advantage of the system by failing to pull their own weight, but a stingy social safety welfare net will also dump a small percentage of struggling workers overboard — people who will end up destitute no matter how hard they work. In a nation as rich as this, I’d rather err on the side of generosity. Clearly, though, the Grand Old Poohbahs disagree.
Meanwhile, reports from across the country show low-wage grocery store workers — deemed essential in this crisis — falling ill from coronavirus. They can hardly practice “social distancing,” especially the check-out clerks who stand so close to customers. Did Lindsey Graham and his allies think about them?