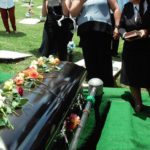 MOBILE, Al. — A close friend here confided her worries about the plans for an April family funeral. Her extended family wants to memorialize a loved one with a well-attended funeral in a small church in eastern Alabama, and they hope to gather afterward at a home for the traditional repast of Southern-style comfort foods.
Such gatherings have already been singled out as carrying a high risk for spreading the novel coronavirus. A funeral held in Albany, Georgia in late February likely contributed to the high rate of infections — and COVID-19 deaths — there, as The New York Times has reported. Still, much of the Deep South remains in denial. Even if my friend’s family yields to common-sense — and a small graveside service — many families in this part of the world will not.
Earlier this week, Dr. Deborah Birx, a prominent member of President Donald Trump’s coronavirus task force, showed slides from a sophisticated computer model that predicts the United States could easily suffer 200,000 COVID-19 deaths even “if we do things almost perfectly.” If we fail to take the stringent precautions that the task force recommends, that number could quickly soar to upwards of 2 million.
Sorry to be the bearer of bad news, but we might as well prepare for the higher number. Here in the Bible Belt, we are a very long way from doing things “almost perfectly.” This region hasn’t hit its coronavirus peak yet, but when it does, I fear we will be hammered.
The Deep South — the sweep of states from Louisiana eastward to South Carolina — already suffers a series of maladies that create the perfect storm for widespread deaths during a pandemic. This is an impoverished region; it includes four of the ten poorest states in the nation, according to federal data. (Nine of the ten, including West Virginia, are Southern states.)
Many of its residents are uninsured or under-insured. With so many ultra-conservative political leaders, most Southern states refused to take advantage of a key component of the Affordable Care Act: the expansion of Medicaid. That not only leaves patients without access to health care, but it also leaves many rural hospitals on the brink of financial collapse. Several have already closed.
As if that weren’t enough bad news, our impoverished population also has a disproportionate share of the “underlying health conditions” that portend the worst outcome in cases of coronavirus infection. Obesity, diabetes and hypertension are all commonplace here.
You’d think those conditions would warrant stringent compliance with federal recommendations. Sadly, it ain’t so. The New York Times has posted an impressive — if worrisome — map that shows how regions of the country have changed their travel habits. The Deep South, which hardly changed at all, stands out as a deep red harbinger of impending doom.
Our failure to comply stems from a confluence of unfortunate habits of mind. We are led by Trump-loving public officials who still believe the coronavirus threat is a plot against him, hamstrung by a citizenry that follows every word from the fabulists of Fox News and mired in a skepticism toward experts, whom George Wallace infamously called “pointy-headed” intellectuals.
Governors here, most of them Republicans, were laggard in issuing stay-at-home orders. By the time Florida’s Ron DeSantis finally got around to it, his state was already a hot zone for the novel coronavirus. In Georgia, Gov. Brian Kemp said on Wednesday (April 1) — incredibly — that he had just learned the virus could be spread by people who are asymptomatic. How is that possible? I last saw my 93-year-old mother on March 13, my birthday. I told her that my daughter and I wouldn’t hug her since the coronavirus can be spread by people showing no symptoms — as experts have said since February.
But ignorant political leaders are not the region’s only problem. We are also ensnared by traditions, including a conservative religiosity, that will only serve to spread affliction and death. Many preachers here still insist on convening their congregations in their sanctuaries, where they sit and clap and sing close together. (In Florida, DeSantis’s stay-at-home order excluded houses of worship.) Some families still insist on traditional funerals with all the trappings, which will just lead to more funerals.
I pray that I’m wrong, but I fear that I’m right: The worst here will be worse than we think.