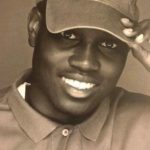 The video clip is a mere 36 seconds, but it is shocking, explicit, sickening. And because it has gone viral — prompting national outrage — two white men have finally been arrested and charged in the death of a black jogger in southeast Georgia in February.
That hardly means that the family of Ahmaud Arbery will get justice, that his killers will pay for their crime. Gregory McMichael, 64, and his son, Travis McMichael, 34, have been charged with murder and aggravated assault, but they must still be tried and convicted. The outcome is uncertain. The quest for a righteous outcome has staggered this far along only because of the emergence of that appalling few seconds of video.
With its revelations, powerful politicians are saying all the right things. On Thursday (May 7), Georgia’s Republican governor, a Trump acolyte, told reporters that the video is “absolutely horrific” and “Georgians deserve answers.”
U.S. Sen. Kelly Loeffler (R-Ga.) said she is “deeply concerned” by the killing. U.S. Rep. Doug Collins (R-Ga.), who is challenging her for the seat, was more pointed: “What I saw on the video is disturbing and wrong and looks like a criminal act,” he tweeted. “It must be thoroughly investigated and I can’t imagine why it has taken this long to come to light.”
Collins’ comments point to the disturbing facts at the heart of the case. Local criminal justice officials have apparently had the video since Arbery’s death on Feb. 23. Rarely have prosecutors been handed more explicit evidence of a crime. Indeed, consider this: the McMichaels and a friend were so sure they’d get away with gunning Arbery down in the street that they handed over the video.
There is no evidence to suggest Arbery was armed. And, yet, no arrests were made. Instead, one prosecutor managed to contort the video to blame Arbery, offering legal exculpation for a modern-day lynching.
On a sunny Sunday afternoon, Arbery, 25, was out for a jog in a suburban neighborhood near Brunswick, Ga. He had been a high school football standout, and his mother, Wanda Cooper Jones, said her son liked to run to stay in shape.
But as he jogged through their neighborhood, the McMichaels thought he looked like a criminal. They armed themselves and chased him down in their pickup truck, according to published reports. Arbery was shot dead in the confrontation that ensued. A friend of the McMichaels, William Bryan, followed in his own vehicle and apparently made the video.
Because of a tangle of conflicts-of-interest — the elder McMichael was formerly a member of local law enforcement — two prosecutors recused themselves from the case. But, before he removed himself, the second prosecutor, George Barnhill, wrote a letter to the Glynn County Police Department declaring that the McMichaels had done nothing wrong.
Barnhill wrote that the McMichaels were within their rights to pursue a “burglary suspect,” and if Arbery reacted after they pulled their weapons on him, the McMichaels were also within their rights to shoot him dead.
Barnhill recused himself, by the way, only after pressure from Arbery’s mother. She has told reporters that she searched the Internet for information on the McMichaels and discovered that the son, Travis, had worked in the office of a different local prosecutor alongside Barnhill’s son. Jones clearly has some insights into the curious ways in which justice is administered in her part of the world.
Despite Barnhill’s attempts to vindicate the McMichaels, though, there is no evidence that Arbery had committed a crime. He is clearly jogging, not fleeing. And the video shows him trying to get around the McMichaels’ truck, stopped in the middle of the street. The Georgia Bureau of Investigation, which has taken over jurisdiction of the case, had no trouble seeing evidence of the McMichaels’ misdeeds.
Still, there will be many more efforts to absolve the McMicheals, including the ongoing campaign to smear Arbery. Local criminal justice officials have pointed to his conviction for shoplifting in 2018, as Barnhill did in his letter, and to an indictment for bringing a gun to a basketball game when he was in high school.
If there is any lesson in this, it’s one that black Americans didn’t need: Racism is alive and well, and the lynching of a black man may still be legalized by the criminal “justice” system.