The desperation of white privilege

The desperation of white privilege 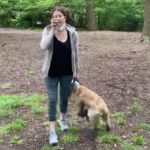 The past several days have offered a kaleidoscope of a Trump-addled America, a telling, if depressing, pastiche: Amy Cooper’s bigoted entitlement, the homicidal tactics of Minneapolis police officers, the knowing encouragement of the president, who has mounted his second campaign on the same foundation of rank prejudices and crude stereotypes on which he built his first. It adds up to a portrait of a nation unwilling to retreat from its racist history, unable to chart a path toward a future that pays tribute to its founding creed.
President Donald J. Trump is merely a symptom, not a cause, not the sickness. During his first campaign, I worried less about his outrageous conduct and inflammatory rhetoric — he is, after all, just one malign actor — than about the millions who danced to his music, rejoiced in his racist diatribes, sang in his chorus.
In 2016, I would not have accused every voter who cast a ballot for Trump of racism. Some were one-percenters bent on protecting their riches; some were lifelong Republicans leery of crossing party lines; some were Bernie Bros who couldn’t curb their misogyny to vote for Hillary Clinton. Still, there were many who eagerly followed after a man who defamed Mexicans, denounced Muslims and claimed that President Barack Obama was not born in the United States.
Four years later — four years into what may well be recorded as the most incompetent, the most corrupt and the most divisive presidency in American history — I can no longer grant any Trump supporters a lenient indulgence. Let’s name this disease: a desperate, last-ditch effort by whites terrified of a demographic tide that is shifting political power and changing the cultural dynamic.
In his thoughtful, if depressing, tome, “Why We Are Polarized,” journalist Ezra Klein argues that human beings compete less for resources than for social esteem, which is seen as a “zero-sum” competition. So if black and brown Americans have gained social esteem in the hard-fought and ongoing crusade for full equality, some white Americans believe they have lost it. Or, as some sage has put it, “if you are accustomed to privilege, equality feels like oppression.”
That’s why Amy Cooper was outraged that a black man in Central Park dared to ask her to put her dog on a leash, as local laws require. Who was he to say that to her? That’s why, similarly, Tom Austin, a white Minneapolis businessman, threatened to call the police on black men working out in an office gym. How dare they claim to be entrepreneurs who belonged there, as he was?
Throughout U.S. history, black people have been labelled lawless, lecherous and wild, and, believing the stereotypes, whites are sometimes genuinely afraid of black people who represent no threat. But neither Cooper nor Austin believed they were in physical danger. Instead, the threat was psychic: their sense of superiority was endangered by black men behaving as equals.
Unfortunately, millions of white voters seem prepared to destroy democracy rather than give up their sense of entitlement, whether an explicit or implicit sense of white supremacy. Two years ago, political scientists Steven Miller and Nicholas Davis released a study, “White Outgroup Intolerance and Declining Support for American Democracy.” They found a link between racial resentment and support for authoritarian rule (as long as the authoritarian agreed with them, of course). It’s no wonder that so many leading conservatives have suddenly gone soft on Russian strongman Vladimir Putin.
Prominent Republican politicians have laid waste to every conservative principle and every democratic tradition they once claimed to hold dear. Criminals who sided with Trump are championed by the attorney general; Russia’s continuing interference in American elections is minimized; federal watchdogs assigned to ferret out malfeasance are fired. Mitch McConnell and his allies are also finding new and creative ways to suppress the vote among those who might support Democrats.
Perhaps the November election will turn the tide, staunching the flow of malice and ill will that seeps daily from the Oval Office. But the larger project of restoring American democracy will not be so easily finished.